Yemeni Houthis say they are committed to Swedish agreement 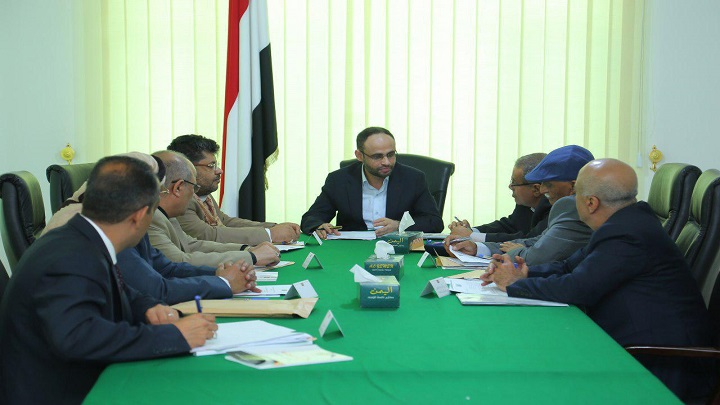 The Houthis group (Ansar Allah) in Yemen said they are committed to the agreement of Sweden and confirming its positive engagement with any measures to ensure the success of the political process and avoid a humanitarian disaster in the province of Hodeida in the west of the country.

The two sides agreed to redeploy their forces outside the ports of Hodeida, Al-Salif and Ras Isa and the city of Hodeida and to ceasefire as of 7th. But nothing has been achieved on the group, with both sides trading blame for non-compliance with the terms agreed in Sweden.

The Supreme Political Council of Houthis on Sunday renewed accusations against the Yemeniinternationally recognized government of procrastination and its attempt to fabricate many problems, and holding it responsible for consequences of its intransigence.

According to the Yemeni Houthi-run "Saba" news agency "the Supreme Political Council," in its meeting headed by president Mahdi al-Mashat on Sunday, "directed the concerned parties to do their duty to all those who betrayed the country to participate in the attempt to legitimize the aggression by attending the meeting protected by Saudi military is rejected and condemned, referring to the convening of the session of the House of Representatives on April 13 for the first time led by "legitimate" government since the control of the Houthis on the capital Sana'a in September 2014.

"The meeting touched on the economic situation and the crisis of oil derivatives caused by the Saudi-led Arab Coalition with the aim of doubling the suffering of the people of Yemen.", the agency reported.

The Council held the Saudi-led Arab coalition and its mercenaries responsible for results of this escalation and economic blockade, which is contrary to all principles and ethics of wars.

For the fifth year, Yemen is waging a bloody power struggle between the Yemen's internationally recognized government, backed by a Saudi-led military Coalition and the Iranian-backed Houthis group (Ansar Allah), which controls the capital Sana'a and most of the north country's densely populated.