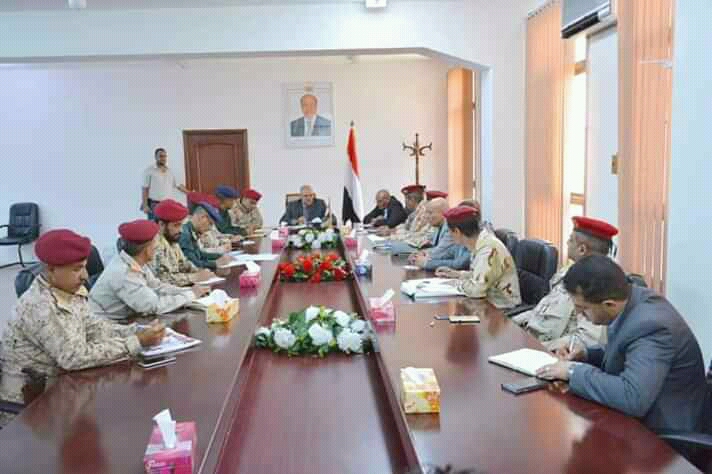 Governor of Taiz in southwest Yemen, Nabil Shamsan, held first deputy governor who belongs to the Islah Party Abdulqawi Al-Mikhlafi, fully responsible for consequences of ongoing clashes between forces loyal to the Islah Party and Salafi forces. Both side are pro-internationally recognised government.

Shamsan sent a letter to Al-Mikhlafi, a copy of which was obtained by Debriefer, holding him responsible for consequences of the meeting of the provincial security committee on Thursday, saying the meeting was held in the absence of the governor who is the chair of the committee.

The governor considered the decisions by the committee unconstitutional, affirming the committee should have adhered to previous orders made by the governor regarding ceasefire and withdrawal of the security committee.

"With reference to the meeting of the provincial security committee and the province's leadership held on 25th April 2019 which made decisions circulated by media websites, holding the meeting without prior notice made you fully responsible for consequences of the meeting's decisions," the governor said in his letter, stressing that the committee should have obeyed previous orders of ceasefire and withdrawal of the committee.

On Thursday, Al-Mikhlafi chaired the meeting of the security committee in the province that included pro-Islah military and security leaders. Shamsan and other provincial leaders did not attend the meeting as clashes between local militias continued to escalate.

The meeting made decisions in favor of Islah calling for continuing the security campaign in the old Taiz city and Al-Madam Valley, where the Salafi Abu Al-Abbbas militia which belongs to the 35th military brigade is stationed.

The Islah and Abu Al-Abbas forces are backed by the internationally recognised government and have been participating in the battles against the Houthi Group, Ansar Alla, which has been imposing a blockade on the city for more than four years.

Meanwhile, medical sources said two children were killed on Thursday in battles between the Islah and Abu Al-Abbas militias in the old Taiz city and Al-Madam Valley.

Residents in the old Taiz city told Debriefer the security campaign, known as popular mobilisation forces from the Islah Party, intensified its attacks on Thursday using various weapons killing and injuring a number of civilians. Civilians used mosque microphones to appeal for the militias to rescue wounded civilians and cease fire.

Taiz has been rocked by sporadic confrontations between the Islah and Abul Al-Abbas-led Salafi forces in which tens of civilians have been killed and wounded.

However, the Islah forces are well-equipped and politically supported by president Abdrabbuh Mansur Hadi, pro-Islah vice president Ali Mohsen Al-Ahmar and chief of the staff.

The Salafi and Nasserite forces are receiving support from the United Arab Emirates.