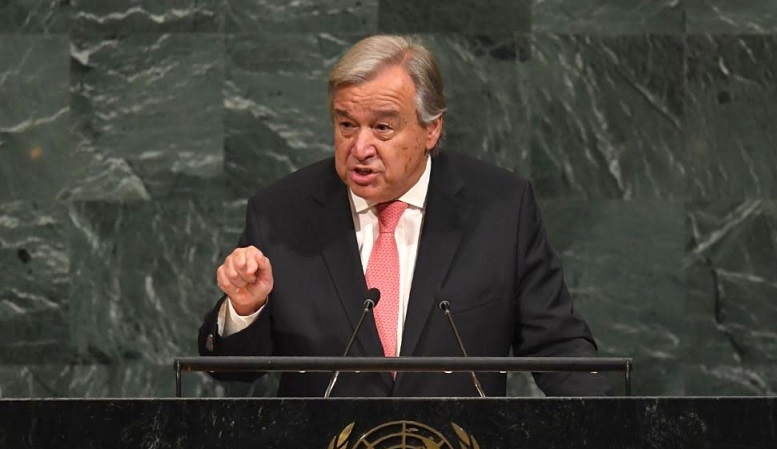 The United Nations acts as neutral mediator and has no intention to establish international management in Yemen, said the Secretary-General after President AbdRabbu Mansour Hadi had accused his envoy of siding with Houthi group.

In a letter to Hadi, Antonio Guterres added that he and his envoy Martin Griffiths "take seriously the legitimate concerns" raised by the internationally-recognized government.

The UN has so far failed to find a solution for Yemen conflict that has triggered what it calls the world's worst humanitarian crisis, with most of the population in need for a type of humanitarian aid and immediate protection, including 14 million people risking famine and some 1.8 million children suffering malnutrition.

The UN is committed to be neutral, credible mediator in peace operations, read the Guterres letter dated 23 May and seen by AFP on Sunday.

The UN will save no effort to maintain the neutral position expected from the international organization, he added.

On Friday, the Yemeni President sent an official letter to Guterres talking about unprecedented, unacceptable desecrations committed by Griffiths, whom the Yemeni government accused of siding with Houthis following his latest briefing to the UNSC.

The UN envoy has sought to "provide guarantees for Houthi militias to stay in Hodeida under UN umbrella," he added.

On 14 May, the UN announced that Houthis had withdrawn from the ports of Salif, Ras Isa and Hodeida, in application of the first step of the UN-brokered Stockholm peace deals.

Guterres told Hadi "I can assure you that the UN has no intention to establish international management in Hodeida."

Parties to the, after 8-day peace talks in Sweden, reached on the 13th of last December an agreement providing for ceasefire in Hodeida and redeployment of both sides' forces, exchanging prisoners and alleviating blockade imposed by Houthis on Taiz.