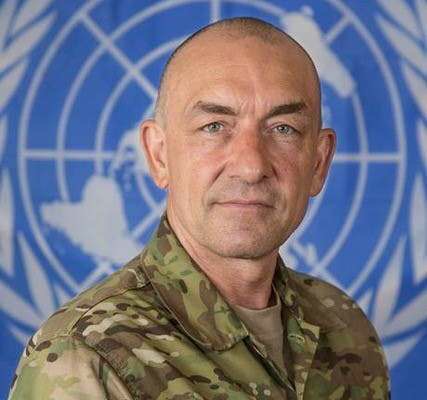 Head of the Hodeida Redeployment Coordination Committee (RCC) arrived Sunday in Aden and will meet the Yemeni official government RCC team to discuss the latest developments in redeployment in the Red Sea city and its ports, said Yemeni sources.

General Michael Lollesgaard will meet the government team despite the government reservation on the unilateral redeployment the Houthi group has claimed to implement, the Saudi al-Arabiya TV reported.

On 14 May, the UN announced that Houthis had withdrawn from the ports of Salif, Ras Isa and Hodeida, in application of the first step of the UN-brokered Stockholm peace deals.

The second phase implementation needs the two parties (Yemeni government and Houthis) to have the will and accept concessions, he told reporters then, warning that the process would take months in absence of such will.

The Yemeni government has accused the UN envoy of conspiracy and attempt to legitimize the Houthi "fake" pullout from Hodeida ports and to recognize the group's forces as legitimate in areas from which they had supposedly withdrew.

Envoy Martin Griffiths is responsible for failure of the Hodeida pact application, said a technical report issued by the government RCC team.

The report has rejected the "UN team announcement of Houthi initial redeployment out of Hodeida, Salif and Ras Isa ports on 11 May 2019 and entrusting their security to coastguard forces" loyal to the rebel, the Saudi Asharq Al-Awsat paper reported Saturday.

The "legitimate government and its team have, in the current situation, no option other than taking strict way as to the pact application circumstances and tools, and the UN envoy and his team behavior .. The deal three courses (Hodeida and its ports, Taiz understandings, and prisoner swap) should be implemented simultaneously," the report read.

On Friday, the Yemeni President sent an official letter to Antonio Guterres talking about unprecedented, unacceptable desecrations committed by Griffiths.

In reply, the UN Secretary-General said his organization was committed to be neutral, credible mediator in peace operations.

The UN will save no effort to maintain the neutral position expected from the international organization, Guterres added.

"I can assure you that the UN has no intention to establish international management in Hodeida," he told Hadi.

Parties to the, after 8-day peace talks in Sweden, reached on the 13th of last December an agreement providing for ceasefire in Hodeida and redeployment of both sides' forces, exchanging prisoners and alleviating blockade imposed by Houthis on Taiz.