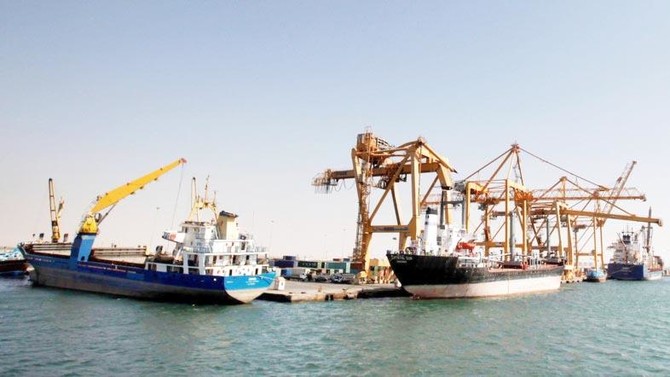 Aid workers in the Yemeni city of Hodeidah are bracing for an expected massive assault by Saudi-led coalition forces that they warn could endanger the lives of hundreds of thousands of people.

Heavy fighting in recent days between Iranian-backed Houthi rebels and the Saudi-led coalition that backs the exiled Yemeni government has killed more than 600 people, Yemeni officials said on Monday.

The fighting has intensified as United Arab Emirates (UAE) forces advance along the country’s western coast to the port city, through which more than 70 per cent of the country’s imports, food and aid shipments flow.

“The situation in Hodeidah is already devastating. An attack on the port would have dire, immediate humanitarian consequences,” Salem Jaffer Baobaid, Islamic Relief’s deputy country manager based in the port city, said in a statement.

“People are already literally dying of starvation. The port is the lifeline to much-needed supplies of food and other life-saving resources and any attack would jeopardise the ability of this country to feed itself. We should make no mistake, if the port is out of action, Yemeni citizens will die.”

The UN warned last week that worse-case scenario planning for what has been dubbed “Yemen’s Aleppo” anticipates up to 250,000 of Hodeidah’s 600,000 population could die in the fighting, particularly if a siege situation develops.

Millions more could be plunged into hunger if port infrastructure is destroyed or aid supplies dry up.

The UN and its partner agencies were given a three-day-long grace period to get aid workers out of the city over the weekend. At the same time, representatives from the UK’s Department of International Development (Dfid) emailed aid agencies to warn that diplomatic efforts to avoid the assault were failing.

“It appears the fight for Hodeidah is on,” Adam Baron, a visiting fellow with the European Council for Foreign Relations (ECFR), told The Independent.

“The key question remaining is whether last minute diplomacy by [UN special envoy to Yemen] Martin Griffith can lead to some sort of peaceful resolution.”

A southern district of the city has already seen clashes. Many believe the assault will begin in earnest on Tuesday, when the international community’s attention is focussed on the US-North Korea summit in Singapore.

The imminent offensive was raised as an urgent question in parliament on Monday, where foreign office minister Alistair Burt said the UK was doing its best to discourage UAE forces from the attack.

Previous diplomatic efforts from Western partners – many of which sell arms to Saudi Arabia and the UAE which rights groups say are destined for bombings which kill civilians in Yemen – have succeeded in delaying the offensive.

Mr Griffith’s office is currently talking to all sides in an effort to convince them to accept a compromise in which control of Hoidedah’s port is given to the UN.

There is less and less US appetite to stand in the way of Saudi and UAE military policy in the devastating conflict, however.

A statement from US Secretary of State Mike Pompeo on Monday said that the US was closely monitoring the situation, but did not explicitly ask the UAE to hold off on the offensive.

In a call with Emirati leaders, Mr Pompeo said he “made clear our desire to address their security concerns while preserving the free flow of humanitarian aid and life-saving commercial imports”, adding that all parties mush “honour their commitments to work with the UN”.

Yemen’s complex war has killed at least 10,000 people and left two thirds of the 28 million strong population dependent on aid.

Seized by the Houthis early in Yemen’s complex war, humanitarian organisations say the Saudi-led coalition blockade on Hodeidah is largely responsible for the fact eight million Yemenis are now living on the brink of famine.

“This is a man-made crisis and only a political solution can end this needless suffering,” Abdi Mohamud, Mercy Corps’ Yemen country director, told The Independent.

“Hodeidah is one of the only barriers keeping famine from Yemen’s door. If this critical lifeline is lost, it could trigger a humanitarian crisis the likes of which has not been seen in decades.

“I implore the British government to redouble its efforts in applying pressure on those governments supporting the conflicting parties, to protect humanitarian access.