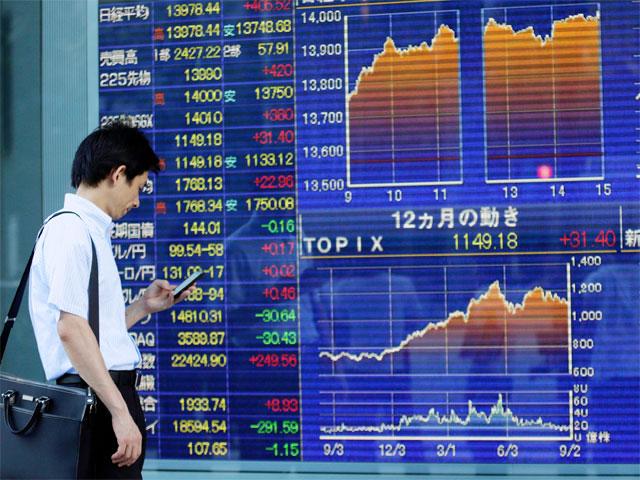 Investor focus has shifted to monetary policy this week with Australia’s central bank all but certain to cut interest rates to a fresh low at its meeting on Tuesday and India also tipped to ease on Thursday.

Comments from the Federal Reserve on Monday, meanwhile, raised expectations the U.S. central bank is moving closer to a rate cut, as did a closely watched U.S. factory survey.

The ECB holds its next policy meeting on Thursday and is expected to keep settings unchanged though there is growing speculation it could shift to a more dovish footing.

Losses across Asian equity markets on Tuesday followed falls on Wall Street overnight that saw the Nasdaq drop into correction territory. MSCI’s broadest index of Asia-Pacific shares outside Japan .MIAPJ0000PUS was down 0.3%, after earlier rising as much as 0.18%.

Defying the regional selloff, Australian shares were up 0.1% ahead of the expected interest rate cut by the Reserve Bank of Australia, as the bank hopes to revive growth.

Underscoring slowdown concerns, U.S. manufacturing growth eased in May to its weakest pace in more than two-and-a-half years, defying expectations for a modest rebound.

A man looks on in front of an electronic board showing stock information at a brokerage house in Nanjing, Jiangsu province, China February 13, 2019. REUTERS/Stringer

News of U.S. government plans to investigate the tech giants dragged down tech shares on Monday, driving the Nasdaq .IXIC 1.61% lower to 7,333.02. The drop took the index more than 10% lower than its May 3 closing record.

The fall in the two-year yield reflects raised expectations of a more accommodative Fed.

“Risk aversion has also been seen with the yen carry trade unwinding as the markets comprehend that the U.S. technology containment strategy towards China is unlikely to reverse,” analysts at Jefferies said in a note.

“In the short term, positioning has become so bearish that ‘a ceasefire’ could spark a risk rally."