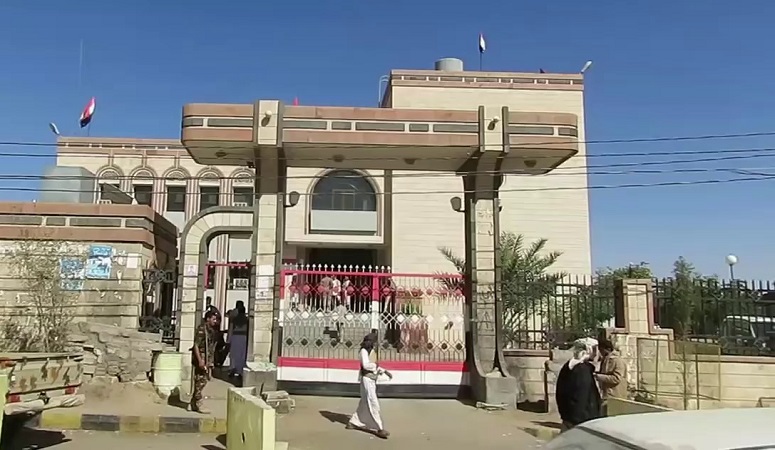 The Central Bank of Yemen (CBY) governor's signaling at resignation has raised wide argument among Yemeni economists and media men, with activists and followers on social media supporting Governor Hafiz Meiad against the "campaign launched by influential powers that control decision" at the internationally-recognized government.

Meiad said Friday he could not stay in office unless the CBY Marib and Mahara branches are bound to deposit revenues into the bank's head office in Aden, seat of the official government, bringing about spread criticism against the Muslim Brethren-affiliated Islah Party that dominates the government decision-making and Marib governorate, and is accused by activists of colluding with the anti-Meiad campaigners.

He expressed resentment as some powers are involved in the Houthi "furious campaign for months attacking the CBY governor in person and all the steps and measures he takes to salvage Yemeni economy."

These powers have got "upset at the recent move aimed to relink the CBY two branches in Marib and Mahara to its Aden-based headquarters," Meiad added on Facebook.

"We are calling on brothers, who have been annoyed by our way of running the economic battle, to assume the mission; we are ready to hand it over to them," urging them to stop "doubting the CBY measures. It's important to prioritize the interest of 30 million Yemenis over anything else."

He posted a video-graphic, whose originator is unknown, accusing him of leading a gross conspiracy against Yemeni economy, on behalf of the United Arab Emirates and legitimate government.

Islah Sticking to its Petty State

However, a Yemeni political analyst sees Meiad appointment, to run the CBY, as "the only achievement of the legitimate government since the war outbreak ... But that achievement is now about to collapse."

Islah Party "is sticking to its parasite petty state, which it has started to build from the very beginning of this catastrophic war," Mohamed Aiash, also editor of the Yemeni 'al-Owla' daily added.

Yemen has been divided following a 4-year bloody conflict between the official Yemeni government's forces, backed by a Saudi-led coalition, and the Iranian-backed Houthi rebels who ousted the government in 2014.

"Islah refuses the CBY Marib branch to be linked to the bank's main office," said Aiash This its position is like insisting on its armed robbery against the public property throughout four years."

After President Abd Rabbu Mansour Hadi decided to move the CBY in September 2016, the banking sector has failed in mess, with Houthis rejecting the move leading to two central banks in the Arab poorest country.

Since then, most the civil servants have been unpaid, although Hadi government committed itself to pay them when it moved the bank.

Aiash thinks that Meiad would to resign, as "the international community, that strongly supported his succession to the CBY governorship, won't let him down, particularly with the mission he has come for (unifying the CBY, freeing it from corruption, securing its ability to back importation of food and basic supplies, and stabilizing the currency) still unaccomplished."

All Yemenis and "whole world seek to avoid the looming economic crisis," Aiash said. "The first step is to unify the bank .. The world knows well where the oil billions of Marib head for, and how much terrorist groups get thereof."

On the 20th of last March, President Hadi appointed Hafiz Meiad as CBY governor, in place of Mohamed Zimam, after months of economic instability.

The third CBY governor throughout two years and a half, Meiad, an economist close to former president Saleh, was appointed as Hadi's advisor eight months earlier.

Yemeni economists think Meiad has somehow succeeded in blocking the rapid deterioration of the country's economy.

Before his appointment, the Yemeni rial had already lost three quarters of its value against the dollar and other foreign currencies in exchange market, amid a wave of continuing hike in food prices and unpaid people unable to afford new rises.

Economic measures adopted by the government-run economic committee and CBY raised Houthi wrath, after the group was accused of smuggling the Iranian oil and funds through banks under their control.

This has pushed Houthis to intensify their recent campaign against the CBY governor and to seek UN pressuring government into quitting its new measures.

Another Yemeni analyst sees the CBY governor's signaling at resignation as evidence of a crisis within the bank and government, which "would have negative impacts on rial stability."

All CBY branches, particularly "in government-held governorates, must be promptly linked to the HQ, in order to fully control monetary policy," Mustafa Nasr, head of the economic studies and media center, added.

"The CBY is facing a great problem in terms of fully control over monetary policy, amid its Sana'a-Aden division and with banks in Houthi-held areas denied to open letters of credit at Aden CBY."

For the Yemeni journalist, Majid al-Daeri, Meiad remarks are a chance for Hadi to "fire his deputy, Ali Muhsin al-Ahmar, being most opposing to and affected by the [CBY] measures, and to change his office director, the Islah-affiliated Abdullah al-Alimi."

Marib Governor Sultan al-Arada, a leader at the Islah, has made Hadi's return to Aden as a condition for revenues to be deposited into the CBY head office, according to Radhwan al-Hamdani, a Yemeni economic analyst.

"Islah sees all the legitimacy as its own gain that it has the only right to manage, according to its discretion away from state concept," he added.

Fatehi bin Lazraq, a Yemeni politician and writer, has called Yemeni people and political powers to "stand by the CBY Governor Meiad and support his recent position and requests" as he "is facing many challenges .. Corrupt influential powers are seeking to destroy the [Yemeni] people. We need serious stance backing the CBY governor, for our sake, for Yemen's sake."

The latest UN expert report on Yemen has said Marib governorate was continuing to work out of government control and refuse to deal with the Aden-based CBY, after more than two years and a half of the bank's movement from Sana'a to Aden.

In their 2018 report, which was issued late January, the UN experts briefed the UNSC last February that Marib Governor al-Arada had said the CBY branch there was administratively linked to Aden CBY office, but the conditions and guarantees of the CBY work as a national bank were yet to be met.

While Marib governor denied any role of the CBY branch in supporting the official army and any gross theft or smuggling of oil crude, the experts said they were still investigating such claims.

According to the UN report, Marib governor was involved in huge corruption, misusing the governorate revenues in enhancing the Muslim Brethren military wings, and transferring funds abroad to feed his own investments.