Medicaid-expanding states had fewer cardiovascular deaths than other states 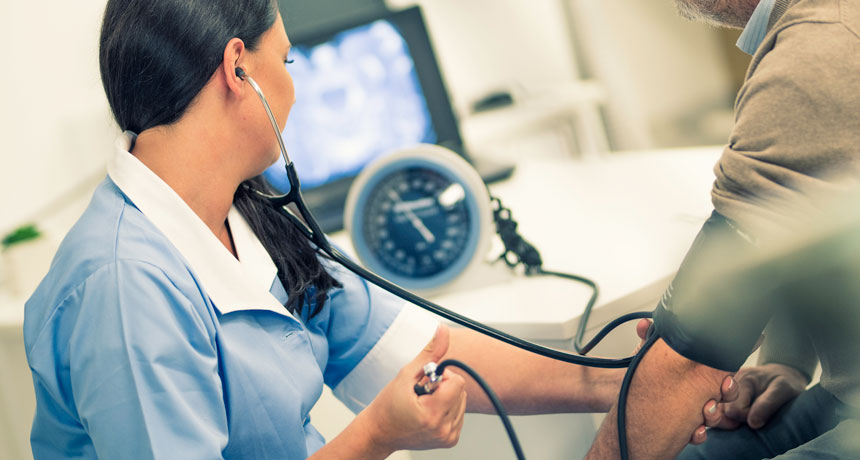 States that expanded eligibility for Medicaid insurance coverage saw fewer deaths related to cardiovascular disease than if they hadn’t broadened the program’s reach, a new study shows. It’s another indication that Medicaid expansion, part of the Affordable Care Act, appears to be improving public health.

Counties in states with expanded eligibility had 4.3 fewer cardiovascular-related deaths on average per 100,000 residents per year than they would have had they not expanded, researchers reported online June 5 in JAMA Cardiology.

Medicaid is an insurance program that covers low-income and other qualified individuals. Expanded income eligibility took effect in many states beginning in 2014. As of June 2019, a total of 33 states plus the District of Columbia had implemented the change.

Cardiologist Sameed Khatana of the University of Pennsylvania Perelman School of Medicine in Philadelphia and colleagues analyzed death rates due to cardiovascular disease among adults aged 45 to 64 years from 2010 through 2016. The county-level data came from 29 states plus Washington, D.C., that had expanded Medicaid — most by 2014, a handful by 2016 — and 19 states that hadn’t.

The researchers primarily defined the years 2010 through 2013 as the pre-expansion period, and years 2014 through 2016 as postexpansion. From one period to the next, “in expansion states, [cardiovascular] mortality essentially remained flat, while in nonexpansion states, it increased,” Khatana says.

In other words, he says, if expansion states had decided not to expand Medicaid, their mortality trends would have followed those of the nonexpansion states.

Previous studies have reported an association between Medicaid expansion and improved access to health care (SN Online: 4/23/19). Cardiovascular disease, which killed more than 840,000 people in the United States in 2016, is more likely to impact low-income people and the uninsured, the authors say.