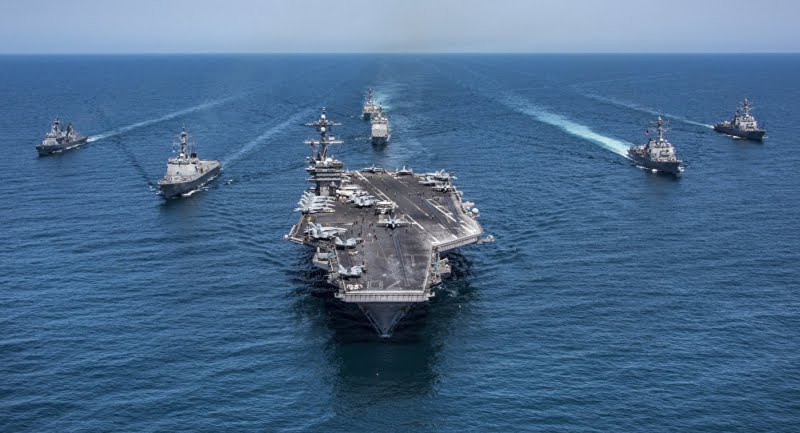 Crude shipments designated for the West could be in danger, the International Association of Independent Tanker Owners (INTERTANKO) has warned after what Iran described as suspicious attacks on oil tankers in the Strait of Hormuz.

“We need to remember that some 30% of the world’s (seaborne) crude oil passes through the Straits. If the waters are becoming unsafe, the supply to the entire Western world could be at risk,” the organization said in a statement on Thursday as cited by Reuters.

INTERTANKO also expressed concerns over the safety of crews going through the Strait of Hormuz following “two attacks on Member vessels.”

Earlier in the day, oil tankers in the Gulf of Oman, which is separated from the Persian Gulf by the narrow Strait of Hormuz, reportedly came under attack. One of the vessels was allegedly hit by a torpedo, but details about the incidents are still unclear.

Iranian ships were the first to reach the tankers in distress, rescuing 44 sailors from Front Altair and Kokuka Courageous. Iran’s Foreign Minister Javad Zarif noted that the incidents were suspicious, as ‘Japan-related vessels’ were targeted while Japanese Prime Minister Shinzo Abe was on an official visit to Tehran, the first of its kind in more than 40 years.

“Suspicious doesn’t begin to describe what likely transpired this morning,” the Iranian diplomat wrote on Twitter.

Iranian President Hassan Rouhani said that security in the “sensitive” Persian Gulf region is of high importance to the Islamic Republic.

The alleged incidents have fueled crude supplies fears. Futures for both oil benchmarks, WTI and Brent, soared nearly 4 percent, trading $53.07 and $62.31 per barrel correspondingly as of 12:08 GMT on Thursday.

The news also had a negative impact on stock markets in the Middle East. Bonds issued by the Gulf Cooperation Council (GCC) states took a hit on Thursday. They include bonds issued by Bahrain, Kuwait, Oman, Qatar, Saudi Arabia, and the UAE. There are concerns in the regional financial markets due to escalating tensions.

“Even if direct conflict is ultimately avoided, heightened geopolitical tensions will continue to act as a headwind to local financial markets,” Jason Tuvery, senior emerging markets economist at Capital Economics, told Reuters. He added that in the current situation investors may demand a higher risk premium to hold assets in the region.