Firms may consider moving out of Hong Kong amid protests and political uncertainty, experts say 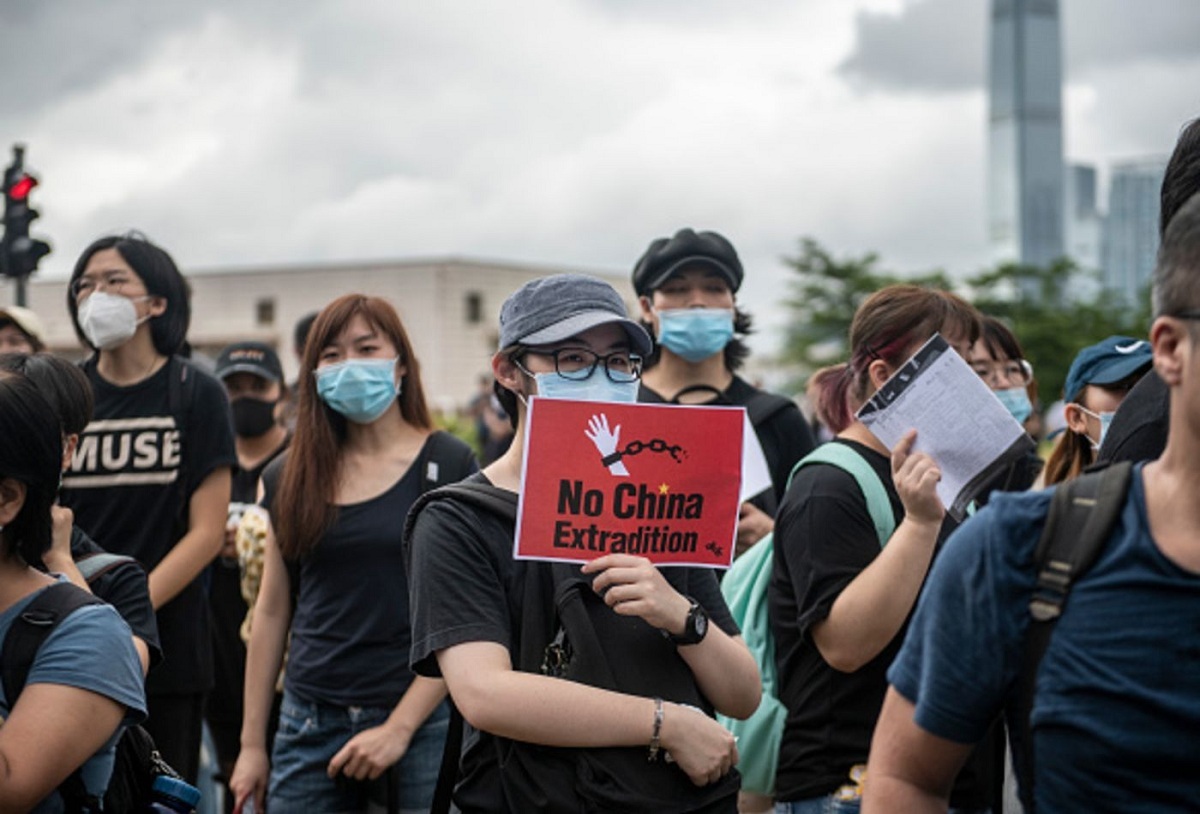 Businesses in Hong Kong may be moving out amid political uncertainty and massive protests in the city, members of the business community told CNBC.

But one analyst said Hong Kong still holds an advantage over its rivals — its proximity to the mainland.

“The real concern here, which we’ve seen slight signs of, is that people are moving their companies and their money in greater numbers to Singapore,” Tara Joseph, president of the American Chamber of Commerce in Hong Kong, told CNBC’s “Squawk Box ” on Monday.

Hundreds of thousands of protesters took to the streets of Hong Kong on Sunday to oppose a legal amendment that would allow fugitives to be extradited from the territory to China for trial.

Although the contentious bill was suspended on Saturday, demonstrations continued amid calls for Chief Executive Carrie Lam to step down and withdraw the proposal completely.

In a press conference on Tuesday, Lam apologized and said she and her team would “try (their) very best” in the next three years of her term. The bill remains indefinitely suspended, with Lam saying the government “will not proceed again with this legislative exercise” if the people’s concerns have not been allayed.

The government has argued that the law is needed to close a legal “gap,” but many are concerned that Hong Kong’s freedoms may be threatened if the bill is passed.

I think businesses are seeing China creeping into Hong Kong in an increasing way over the last few years, so that’s giving them cause for concern.

Recent protests differ from the Occupy Central movement in 2014, said Fraser Howie, an independent analyst. Back then, the business community merely saw it as a “disruption to traffic,” he said.

This time, it has woken up to the “very real concerns of Beijing encroachment,” he told CNBC’s “Street Signs ” on Monday.

Anecdotally, “increasing numbers” of companies are also relocating their regional headquarters from Hong Kong to other parts of Asia, “most particularly” to Singapore, said Peter Churchouse, managing director of Portwood Capital.

One tycoon reportedly shifted more than $100 million from a Citibank account in Hong Kong to Singapore, according to an advisor involved in the transactions who spoke to Reuters.

“That, of course, will affect demand in the Hong Kong economy,” said Churchouse. It will also have an effect on the property market, particularly the commercial and upper-end residential segments, he said.

“That’s already happening,” said Churchouse, adding that it’s not just because of the proposed legal change.

“It’s also because of other things that are happening in China generally. There’re lots of rules and regulations that are making life tougher,” he said. “I think businesses are seeing China creeping into Hong Kong in an increasing way over the last few years, so that’s giving them cause for concern.”

Joseph also said there are signs of talent moving out of the city, and companies are starting to look at Singapore “more seriously.”

It would be a real disappointment if businesses and capital continue to trickle out, she added. “Hong Kong has a lot to play for as a financial center and as a great place to do business,” she said.

“The onus is really on the Hong Kong government now, despite a crisis, to really get back in the game and step up and reassure investors, reassure businesses,” she said.

But other financial hubs may not be able to take Hong Kong’s place, according to Ronald Arculli, senior partner of King & Wood Mallesons.

“If you look at Asia, Hong Kong is probably the leading financial center that we have here,” he said. “Tokyo is also very big, Singapore is active, but in terms of the turnover, the liquidity, it really is Hong Kong.”

It also helps that the city’s legal system is based on English common law that people around the world understand, he added.

Independent analyst Howie said money and wealth management operations could certainly move out to Singapore. But not all businesses would be able to do so, he said.

“A trading desk, first of all, is in China or is in Hong Kong because it’s near China,” Howie said. “That’s ultimately where the China business is. So if you’re focused on China, you really need to be a lot closer to China than Singapore.”

Still, he acknowledged that the business community may need to start “divesting” from Hong Kong. “You’ll need to be hedging your bets in a way that you didn’t need to before.”