Asia stocks climb pre-G20, oil up due to US-Iran feud 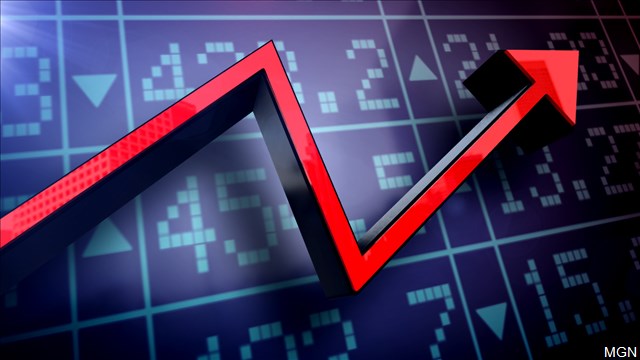 Stock markets in Asia inched higher on Monday on hopes that US and Chinese leaders will be able to get trade talks back on track this week, while oil prices bounced on political tensions between Tehran and Washington.

In China, the Shanghai Composite, the blue-chip CSI 300, and Hong Kong’s Hang Seng were all flat.

Wall Street shares closed slightly lower on Friday after hitting a record high thanks to signals last week from the Federal Reserve that it may cut interest rates soon to bolster the U.S. economy from protracted trade conflicts. [.N]

Investors are nervously awaiting an expected meeting between presidents Donald Trump and Xi Jinping later this week for any signs of a de-escalation in a trade war that is damaging the global economy and souring business confidence. The leaders will meet on the sidelines of the G20 summit in Japan.

China and the United States should be willing to make compromises in trade talks and not insist only on what each side wants, Vice Commerce Minister Wang Shouwen said on Monday.

U.S. Vice President Mike Pence on Friday decided to call off a planned China speech, which also increased optimism ahead of trade talks. Pence had upset China with a fierce speech in October in which he laid out a litany of complaints ranging from state surveillance to human-rights abuses.

“Event-driven players are buying back stocks as the United States and China at least appear to be talking to each other,” said Norihiro Fujito, chief investment strategist at Mitsubishi UFJ Morgan Stanley Securities (MUMSS).

Still, most analysts doubt the two sides will come to any meaningful agreement as the tensions have extended beyond tariffs, particularly after Washington put Huawei, the world’s biggest telecoms gear maker, on a blacklist that effectively bans U.S. firms from doing business with the company.

“The very best markets can hope for is a more patient delay and position building at the G20 that at least sees the U.S. and China refrain from any further escalation,” Michael Every, senior strategist for Asia Pacific at Rabobank, wrote in a note on Monday.

The U.S. Commerce Department said on Friday it was adding several Chinese companies and a government-owned institute involved in super computing with military applications to its national security “entity list” that bars them from buying U.S. parts and components without government approval.

In China, the Global Times newspaper said FedEx Corp is likely to be added to Beijing’s ‘unreliable entities list’.

“Few investors would expect a dramatic progress when they are talking about entity lists, just days before a likely summit,” said MUMSS’s Fujito, adding that markets could slip back on disappointment after the summit.

Oil prices climbed as tensions remained high between Tehran and Washington following Iran’s shooting down of an unmanned American surveillance drone, with U.S. Secretary of State Mike Pompeo saying “significant” sanctions on Tehran would be announced.

Also potentially becoming a factor in the equation, Arab politicians and commentators greeted Trump’s $50 billion Middle East economic vision with a mixture of derision and exasperation, although some in the Gulf called for it to be given a chance.

The combination of heightened geopolitical worries and likely U.S. interest rate cuts encouraged investors to seek the safety of gold.

In the foreign exchange market, the euro rose to a three-month high of $1.1386 against the dollar on Monday as bearish bets on the greenback remained solid on prospects of a near-term interest rate cut by the Federal Reserve. [FRX/]

Other notable movers include Australian dollar. The Aussie firmed almost 0.5% to $0.6958, its highest since June 12, as it looks set for a fifth straight session of gains as its U.S. counterpart was undermined by aggressive wagers on rate cuts from the Fed, which offset any bearishness from the probability of policy easing at home.

The Turkish lira strengthened 1.4% to 5.7219 per dollar after Turkey’s main opposition claimed a decisive victory on Sunday in Istanbul’s re-run election, dealing one of the biggest blows to President Tayyip Erdogan.