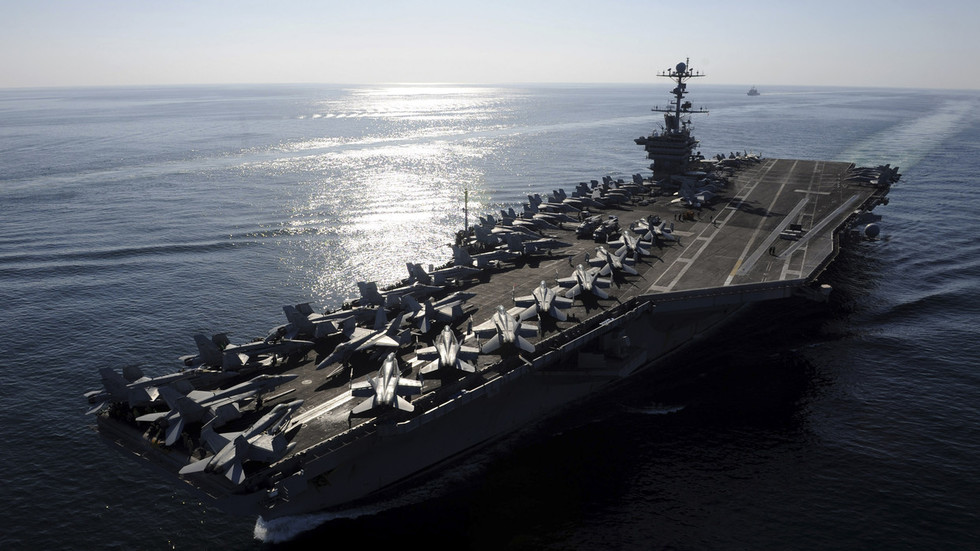 An armed conflict between the US and Iran would send oil prices soaring and global stocks crashing, which will certainly not play into the hands of Washington, according to political and economic analyst, Shabbir Razvi.

He told RT that the United States understands that surging oil prices “will have a dramatic impact on the global economy.”

Oil prices climbed to a three-week high on escalating US-Iran tensions, after the Iranian military shot down a US drone over the Strait of Hormuz. Tehran said the drone had violated Iran’s airspace while Washington claimed it was in international air space.

A full-blown war, with Iran shutting down the Strait of Hormuz, could be catastrophic, Razvi said.

“From a purely economic angle, it will have a huge impact,” he explained, citing analysts’ data that between 25 to 40 percent of global oil passes through the 29km-long Strait of Hormuz between Oman and Iran.

According to the analyst, this very important choke point would have a huge impact on the global economy.

“We really haven’t come out of the 2008 financial crisis… but as soon as the oil crisis shoots up it will have a significant impact. Some economists are saying that if there is a full-blown crisis in the Gulf region, prices could go to $150 and even $300 per barrel.”

Razvi continued: “Now if that happens, one can imagine what the impact is likely to be on the global market. The stock markets will come crashing down; all kinds of other challenges will be faced by the global economy. And certainly Europe is in no position to sustain that kind of increase or hike in the oil price."

“Overall, I think just a purely economic and financial situation will be catastrophic for Japan, India, Europe, and many other countries if this situation is taken to its full-blown conclusion as the hawks in Washington wanted it to be,” he said.