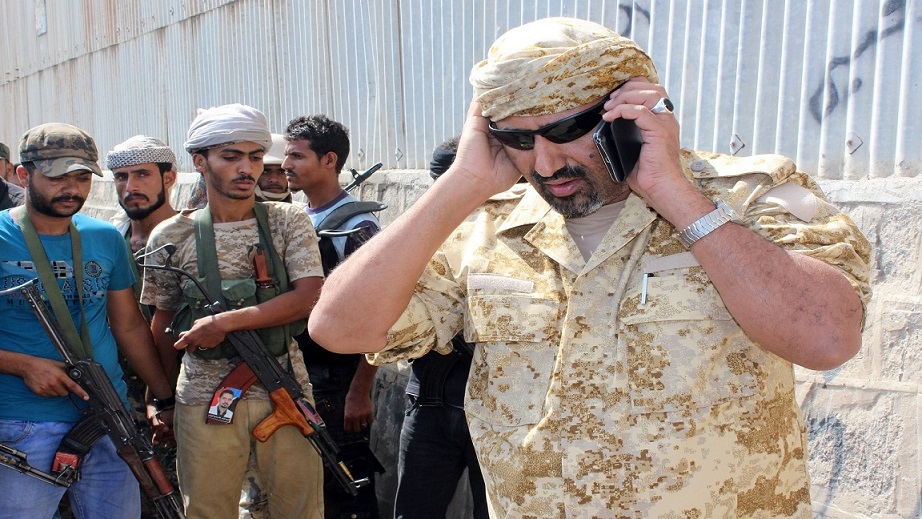 The southern transitional council is continuing to control large parts of Yemen's temporary capital Aden amidst the absence of the government and the continuous stay of president Abd Rabbuh Mansour Hadi in Saudi capital Riyadh.

The government, which resides in Aden and Riyadh, has been on a visit to the archipelago of Socotra for more than a week.

An official in the council told the French newspaper Le Figaro: "interventions by Saudi Arabia and the UAE at the last moment stopped the council from taking the government to international courts for crimes it committed against the southern people".

The statement apparently was a reminder of an attempted coup by the UAE-backed council against the government in January.

Secretary general of the council and former governor of Shabwa province, Ahmed Hamil Lamlas, confirmed the council is running Aden.

"The southern security apparatuses on top of which are the security belt forces and regional elite forces are tightening their grip on the south. They are doing a great job to restore security and fight terrorism," Lamlas said, pointing out that the government has failed to improve basic services despite resources it has.

Observers said the prolonged visit of the government to Socotra where it is resisting a UAE takeover is providing the council with a good opportunity to tighten its grip on the south and take the place of the government. This council now has large financial resources raising questions about their source and its intentions.

Earlier this year, prime minister, Ahmed Ubaid bin Dagher, said after the attempted coup the "we will not come back to fight each other again in Aden".

In addition, it described the UAE presence on Socotra as an occupation making it clear that the UAE forces expelled the Yemeni security forces and customs employees and took over Socotra's air and sea ports.

On the next day, the UAE foreign ministry accused prime minister of being unfair and unrealistic.

The ministry said Yemen's council of ministers did not talk about the UAE efforts in Yemen including its role in the Saudi-led coalition fairly.

"Bringing up the issue of sovereignty under current circumstances was unreasonable and unrealistic," the UAE ministry said.

The southern transitional council fought the forces of president Hadi in Aden in a bid to overthrow the government. 70 forces from both sides and civilians were killed and others injured during the battles on 28-30 January.

The council has since been controlling large parts of Aden.