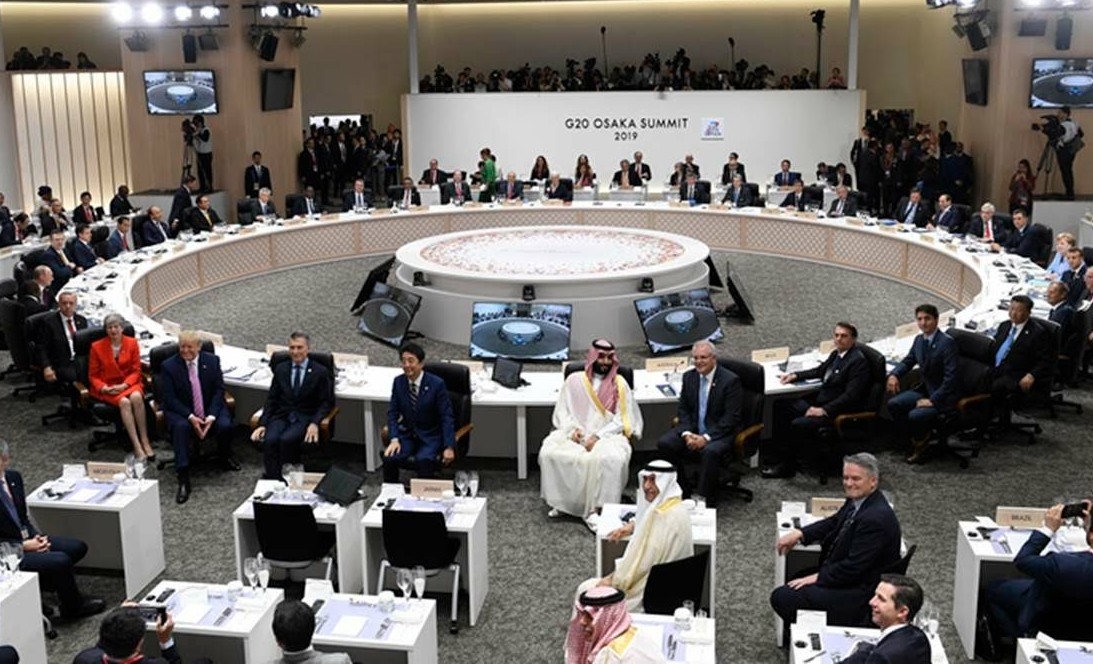 Leaders of the Group of 20 major economies warned on Saturday of growing risks to the global economy but stopped short of denouncing protectionism, calling instead for a free, fair trade environment after talks some members described as difficult.

In a communique at the end of a two-day meeting in Japan’s western city of Osaka, the leaders said global growth remained low and risks were tilted to the downside, as trade and geopolitical tensions have grown.

“We strive to realise a free, fair, nondiscriminatory, transparent, predictable and stable trade and investment environment, and to keep our markets open,” they said in a second successive summit statement that refrained from urging the need to resist protectionism.

Japanese Prime Minister Shinzo Abe put on a brave face, stressing the G20 leaders had much in common, such as a shared recognition of the need for the group to remain key drivers of global growth.

In preparing the G20 statement, Japan, the chair of the meetings, has sought common ground between the United States, which opposes language denouncing protectionism, and other nations seeking a stronger warning against trade tension.

“There were no breakthrough decisions but ... all participants have confirmed their aspiration to work further on improving the global trade system, including the aspiration to work on WTO reform,” Russian President Vladimir Putin told a news conference on Saturday.

“The fact that all have confirmed the need of this process and their readiness to work toward this process is already positive.”

Widening fallout from the US-China trade war has jolted markets and tested the resolve of G20 members to present a united front in averting a global recession.

The United States and China agreed to restart trade talks, offering some hope that the world’s two largest economies can resolve the bitter dispute.

The European Union and South American bloc Mercosur agreed a free trade treaty on Friday, committing to more open markets in defiance of the rising tide of protectionism.

However, Christine Lagarde, managing director of the International Monetary Fund, warned the global economy had hit a “rough patch” due to the trade conflicts, and urged G20 policymakers to reduce tariffs and other trade obstacles.

“While the resumption of trade talks between the United States and China is welcome, tariffs already implemented are holding back the global economy, and unresolved issues carry a great deal of uncertainty about the future,” she said in a statement.

Last year’s G20 summit in Buenos Aires was the first to drop the language on the need to denounce protectionism, deferring to a request by Washington, which is sensitive to criticism of the tariffs it is slapping on some G20 members.