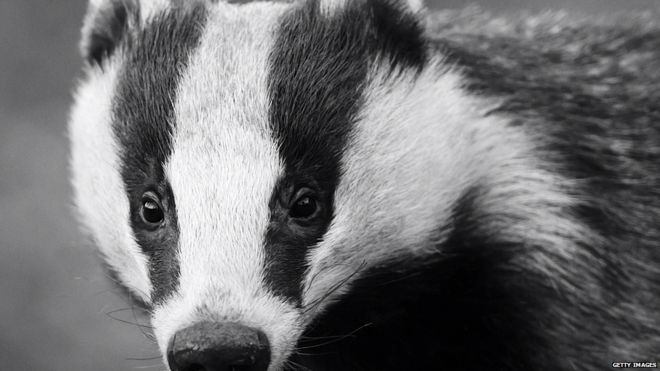 More than 900 badgers have been reported as roadkill so far this year.

Almost twice as many of the nocturnal animals have been counted compared with foxes and hedgehogs, which are next on the 2019 mammal roadkill list.

Pheasants top the list of bird fatalities to date, followed by woodpigeons and blackbirds.

Project Splatter, which compiles the data, has received more than 5,500 reports from the public in the six months to June.

Among some of the more unusual sightings this year are reports of a beaver found on the A9 in Scotland, and a wallaby near Oxford.

Badgers and pheasants also top Project Splatter's all-time list, which is co-ordinated by a team at Cardiff University.

They have been collecting data since 2013.

Project Splatter co-ordinator and co-founder Sarah Perkins explained that the project began when she was working on a study with a colleague, which led to them wondering about wildlife roadkill and how collecting the data might be of interest from a scientific point of view.

"We decided to set up this study to actually find out fundamentally how many animals were being killed on the roads and where it occurred," she told BBC News.

"We get well over 10,000 reports each year. That is the tip of the iceberg, of course, because not everyone has heard of the project.

"The more people who report, the better, because we can get a better idea about how many animals are killed."

Dr Perkins said it was safe to assume that the true number of wildlife being killed by drivers on the UK's roads was much, much greater, perhaps in the millions.

"There have been studies where people have tried to scale up and estimate how many animals are killed on the roads in other countries," she observed.

"Also, we did a paper a couple of years ago where we looked at how quickly roadkill was scavenged by scavengers, such as crows and magpies.

"It is scavenged very, very quickly so we also miss what is occurring because other wildlife is eating it!"

How can we reduce roadkill?

Dr Perkins suggests we can mitigate the amount of roadkill by changing drivers' behaviour, and the behaviour of wildlife.

"Changing wildlife behaviour is, of course, about putting in green bridges and finding good sites for them," she explained.

"Changing driver behaviour is perhaps warning drivers to slow down because there's wildlife in a given area."

In June, Transport Secretary Chris Grayling unveiled a new traffic sign, featuring a hedgehog, which would be used to warn road users of the possible presence of wildlife, particularly small mammals.

Roads are not just dangerous places for the little critters caught in the full beam of a vast metal box hurtling towards them.

Speaking at the time of the traffic sign launch, Mr Grayling said: "The new small-mammal warning sign should help to reduce the number of people killed and injured, as well as helping our precious small wild mammal populations to flourish."

Dr Perkins added that the data collected by Project Splatter would be used to help determine in what areas to place the signs.