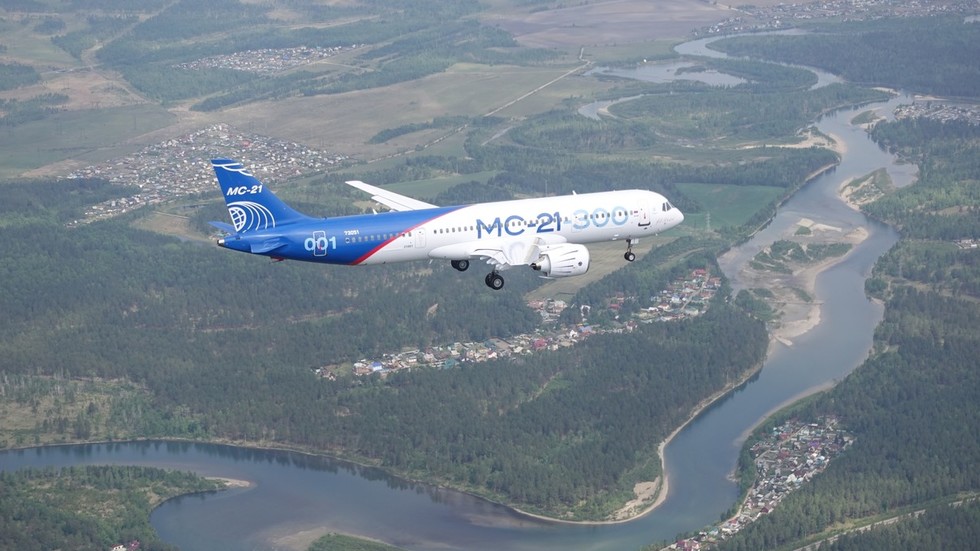 Russia plans to add two MC-21 planes to its existing fleet of test aircraft, defying production hurdles created by the US, whose sanctions had cut off access to a variety of supplies that were essential to the project.

One of the airliners under construction is allocated for testing the domestically-developed PD-14 engine, according to Russia’s deputy prime minister Yury Borisov. Three of the MC-21 planes have already been finished and one more is on its final stage, the official added.

Russia is already preparing for serial production of the narrow-body airliner, with the first deliveries to customers scheduled for 2021, after it receives all the necessary permits. The plane’s manufacturer, Russia’s state-run United Aircraft Corporation (UAC), has already received orders for 175 aircraft.

The Irkutsk Aviation Plant, where the plane is manufactured, is meanwhile preparing the model for certification tests. The airliner is set to receive Russian certification in 2020, and to secure the approval of the European air safety regulator – the European Union Aviation Safety Agency (EASA) – in 2021.

The jets of the MC-21 family are widely seen as Russia’s answer to the US plane-maker Boeing’s narrow-body 737 MAX line of passenger aircraft. Two Boeing planes of this model have been recently involved in deadly crashes, triggering the grounding of the 737 MAX in many countries and further affecting the company’s performance at one of the key annual aviation events, the Paris Air Show.

The production of one of the newest Russian passenger jets faced some hurdles due to Washington’s restrictions on trade with Russian companies. The US banned the delivery of composite materials to Russia, which are used for manufacturing the plane’s wings, as well as sales of titanium parts and certain equipment necessary for production.

“There are risks that new sanctions may be imposed,” Borisov noted.

However, the restrictions failed to stop the MC-21 project, as Russia is working on the replacements of foreign-made components, the deputy prime minister stressed. “This will make it possible to ensure the MC-21 production’s technological independence from sanctioned products,” he said.

The third MC-21 test aircraft made a successful maiden flight in March and the model, complete with passenger-ready interior, will make its public debut at the Moscow International Aviation and Space Salon (MAKS 2019), which this year runs from August 27 to September 1.