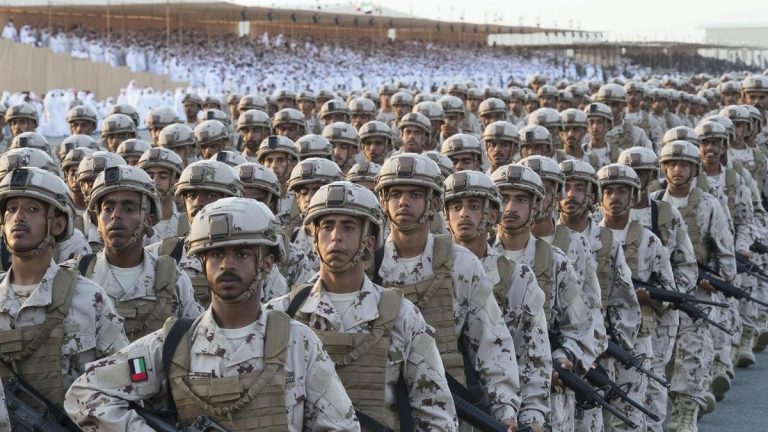 A United Arab Emirates decision to withdraw the bulk of its forces from Yemen shines a spotlight on hard realities underlying Middle Eastern geopolitics.

The pullback suggests that the UAE is preparing for the possibility of a US military confrontation with Iran in which the UAE and Saudi Arabia could emerge as prime battlegrounds.

It also reflects long-standing subtle differences in the approaches of Saudi Arabia and the UAE towards Yemen.

It further highlights the UAE’s long-standing concern for its international standing amid mounting criticism of the civilian toll of the war as well as a recognition that the Trump administration’s unquestioning support may not be enough to shield its allies from significant reputational damage.

The withdrawal constitutes a finetuning rather than a reversal of the UAE’s determination to contain Iran and thwart political Islam witness the Emirates’ involvement in the Libyan civil war and support for renegade field marshal Khalifa Belqasim Haftar as well as its support for the embattled Sudanese military and autocrats like Egyptian general-turned-president Abdel Fattah al-Sisi.

While the UAE may have withdrawn the bulk of its troops from key regions of Yemen, it leaves behind Emirati-trained local forces that will continue to do its bidding. The withdrawal, moreover, is not 100 percent with the UAE maintaining its Al-Mukalla base for counterterrorism operations.

The UAE’s commitment to assertive policies designed to ensure that the small state can continue to punch above its weight are also evident in its maintenance of a string of military and commercial port facilities in Yemen, on the African shore of the Red Sea, and in the Horn of Africa as well its hard-line towards Qatar and rivalry with Turkey.

As part of its regional and international projection, the UAE is keen to maintain its status as a model for Arab youth and preferred country of residence.

The UAE’s image contrasts starkly with that of Saudi Arabia, the custodian of Mecca and Medina, Islam’s two holiest cities.

Crown Prince Mohammed bin Salman’s policies, including the clampdown on domestic critics and the Yemen war, have prompted embarrassing calls by prominent Islamic scholars for a boycott of the pilgrimage to Mecca, one of the five pillars of Islam.

Wittingly or unwittingly, the withdrawal leaves Saudi Arabia and Prince Mohammed, the instigator of the more than four-year long war that has sparked one of the world’s worst humanitarian crises, exposed.

Nonetheless, despite differing objectives in Yemen, the UAE too suffered from the reputational fallout of bombings of civilian targets that were largely carried out by the Saudi rather than the Emirati air force.

With the withdrawal, the UAE may allow differences with Saudi Arabia to become more visible but will not put its alliance with the kingdom at risk.

If past differences are anything to go by, Saudi Arabia and the UAE are able to manage them.

The differences were evident in recent weeks with the UAE, unlike Saudi Arabia, refraining from blaming Iran for attacks on tankers in the Gulf of Oman.

Leaked emails written by Yousef al-Otaiba, the UAE’s influential ambassador in Washington, laid bare the Emirates’ strategy of working through the Saudi court to achieve its regional objectives despite viewing the kingdom as “coo coo.”

Similarly, differences in the two countries’ concept of Islam failed to rock their alliance despite the effective excommunication in 2016 of Saudi-backed ultra-conservatism at a UAE-sponsored conference in the Chechen capital of Grozny.

The alliance is key to the two countries’ counterrevolution aimed at maintaining the region’s autocratic status quo in the face of almost a decade of popular revolts, public protests and civil wars.

The UAE-Saudi-led counterrevolution is driven by Prince Mohammed and his UAE counterpart, crown prince Mohammed bin Zayed’s desire to shape the Middle East in their mould.

The UAE rather than the kingdom was the driver behind the Qatar boycott with Saudi King Mohammed and Prince Mohammed initially reaching out to the Qatar-backed Muslim Brotherhood when they came to power in 2015.

Four years later Saudi Arabia, is unlikely to radically shift gears but could prove less intransigent towards the group than the UAE.

While preparing for possible conflict with Iran may be the main driver for the withdrawal, it is unlikely to protect the UAE from damage to its reputation as a result of its involvement in Libya and Sudan as well as its draconic clampdown on dissent at home.

Haftar’s UAE-armed forces are believed to be responsible for this week’s bombing of a detention center for African migrants in the Libyan capital Tripoli that killed 40 people and wounded 80 others.

The bombing came of the heels of a discovery of US-made missiles on one of Haftar’s military bases packed in shipping containers stating they belonged to the “UAE Armed Forces.” The UAE has denied ownership.

The UAE’s withdrawal from Yemen will likely help it evade calls for Yemen-related arms embargoes.

Libya, however, could prove to be the UAE’s Achilles heel.

Said Robert Menendez, the top Democrat on the Senate Foreign Relations Committee, in a letter to US Secretary of State Mike Pompeo: “You are surely aware that if these allegations prove true you may be obligated by law to terminate all arms sales to the UAE.”

By James M. Dorsey is a senior fellow at the S. Rajaratnam School of International Studies, co-director of the University of Würzburg’s Institute for Fan Culture, and co-host of the New Books in Middle Eastern Studies podcast. James is the author of The Turbulent World of Middle East Soccer blog, a book with the same title as well as Comparative Political Transitions between Southeast Asia and the Middle East and North Africa, co-authored with Dr. Teresita Cruz-Del Rosario, Shifting Sands, Essays on Sports and Politics in the Middle East and North Africa, and the forthcoming China and the Middle East: Venturing into the Maelstrom.