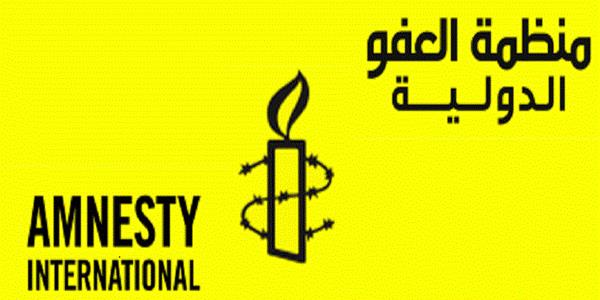 This trial was a mockery of justice and only confirms how the judiciary, and the SCC in particular, is turning into a tool of repression, evidently incapable of dispensing impartial justice.

Out of 36 individuals who were on trial, 30 were handed down death sentences. Amongst those is Youssef al-Bawab, a 45-year-old father of five and linguistics professor and political figure, who was arbitrarily arrested in late 2016. He was charged in April 2017, alongside 35 others, with several offences carrying the death penalty. Throughout his detention, proceedings against him and others in the same case were seriously flawed, and included enforced disappearance, excessive pre-trial detention, undue delays in his trial, incommunicado detention, allegations of torture and other ill-treatment and lack of access to legal counsel and medical care.

“This trial was a mockery of justice and only confirms how the judiciary, and the SCC in particular, is turning into a tool of repression, evidently incapable of dispensing impartial justice. Since the Houthi de facto authorities assumed control of the justice system in 2015, they have progressively utilized the Sana’a-based SCC to target persons they deem to be opponents or even just critics,” said Lynn Maalouf, Amnesty International’s Middle East Director of Research.

“Today thirty individuals, and all of their loved ones, are bracing for what is the ultimate cruel, inhuman and degrading punishment, and handed down following such flagrantly unfair trials. We call on the Houthi de facto authorities to quash these unjust convictions and brutal sentences and release the 30 men immediately.”

According to witnesses present at the court session and to the surprise of the legal defense team, the judge speedily read out the charges on which they were convicted, most of which carry a mandatory death sentence under Yemeni Criminal Law, in the presence of the detainees, their families and lawyer, before formally sentencing 30 to death and acquitting and releasing six others.

“As Yemen’s armed conflict rages on, the grossly unfair trial of all these defendants is part of a wider pattern of the judiciary being used to settle political scores,” said Lynn Maalouf.

On the same day, Asmaa al-Omeissy, a 23-year-old mother of two, was handed a 15-year prison sentence after being convicted of aiding an enemy state. Amnesty International further calls on the Huthi de facto authorities to quash her conviction and sentence and release her immediately.

Amnesty International has documented the increased use of the SCC in targeting religious minorities. In September 2018, 24 Yemenis from the Baha’i faith - including eight women and a child – were accused of charges that carry the death penalty by the Huthi-controlled SCC. Currently, Hamid Haydara is also being tried by the SCC for his conscientiously-held beliefs. Amnesty International and other organizations have repeatedly called on the Huthis to immediately quash the death sentence against Hamid Haydara.

All parties to the conflict, including Houthi forces, the Yemeni government, the Saudi Arabia and United Arab Emirates (UAE)-led coalition and UAE-backed Yemeni forces have engaged in arbitrary detention practices. In areas under their control, Huthi forces have arbitrarily arrested and detained critics and opponents as well as journalists, human rights defenders and members of the Baha’i community, subjecting scores to unfair trials, incommunicado detention and enforced disappearance. The majority of those targeted have been leaders, members or supporters of the political party al-Islah. The internationally recognized Yemeni government has harassed, threatened and arbitrarily detained human rights defenders and other activists. Meanwhile, UAE-backed Yemeni forces in southern Yemen conducted a campaign of arbitrary detentions and enforced disappearances. In May 2018, Amnesty International published a report detailing the cases of 51 men held in a network of secret prisons by UAE and Yemeni forces operating outside the command of Yemen’s government, including individuals detained between March 2016 and May 2018.