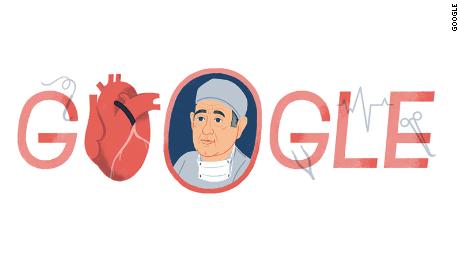 On what would've been his 96th birthday, Dr. Rene Favaloro got the Google Doodle treatment for his contribution to medicine and social justice.

On what would've been his 96th birthday, Dr. Rene Favaloro got the Google Doodle treatment for his contribution to medicine and social justice.

On what would've been his 96th birthday, Argentinian surgeon René Favaloro got the Google Doodle treatment for his contributions to medicine and defense of human rights.

Though he's best known for inventing the coronary artery bypass surgery, his medical career began in a small farming community in central Argentina. Over 12 years, he established the first mobile blood bank and trained future physicians in an operating room he built himself, cardiologist Gabriella Captur wrote in a journal tribute.

It was here, she said, that he shaped his social conscience and firm belief that quality health care was a basic human right. 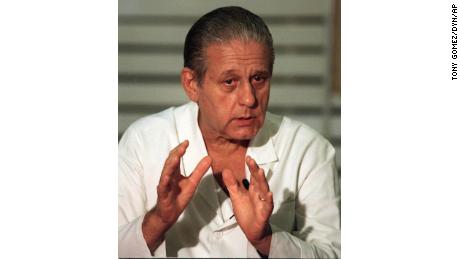 "There was something about this Sicilian surgeon, who was fearless in the face of injustice, yet so easily moved to tears by human suffering," she wrote (Favaloro was Italian on his father's side).

Favaloro pioneered the coronary bypass surgery, an operation routinely performed on millions of people each year.

Favaloro pioneered the coronary bypass surgery, an operation routinely performed on millions of people each year.

He left Argentina in 1962 to join the Cleveland Clinic. With colleague Mason Sones, he studied X-rays of blocked blood vessels and tried to think of ways to bypass the obstructed arteries and redirect blood flow.

"'We' is more important than 'I' in medicine, the advances are always the result of many efforts accumulated over the years," Favaloro wrote.

In 1967, he performed the very first coronary artery bypass surgery, successfully rerouting blood from a vein in a 51-year-old woman's leg to circumvent a blocked right coronary artery. He repeated the results in several more surgeries, including some in the UK.

"Although he was always hesitant to carry the moniker of 'father' of coronary artery bypass surgery, he is the surgeon we should credit," cardiothoracic surgeon Denton Cooley wrote following Favaloro's death.

He took his research back to Argentina

Favaloro returned to Argentina in 1971, where, he wrote, his "work and duties were needed."

His work continued at full tilt. He founded the Favaloro Foundation, a cardiology research institute where he trained future physicians, and performed the country's first heart transplant within five years.

Resisting calls to run for office, he instead raised funds for a cardiovascular surgery facility, where one quarter of his patients received care without insurance.

Favaloro's death by suicide in 2000 greatly affected his home country and colleagues who revered him. Former president Fernando de la Rua declared a national day of mourning in his honor, according to Britannica.