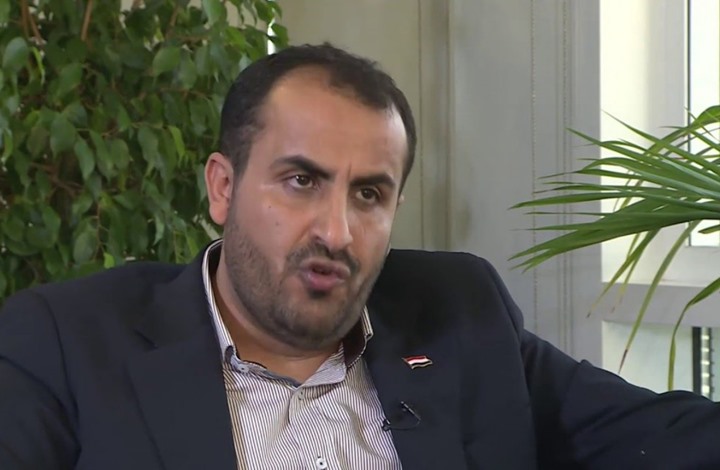 The Houthi group (Ansar Allah) said on Monday evening that its military response will not stop until the US-Saudi aggression is over and the siege, continued for the fifth year is lifted.

The head of the National Delegation, Mohammed Abdulsalam tweeted: " the military response will not stop until the US-Saudi aggression is over and the siege is lifted. Adding that assumptions of not responding to the aggression are merely delusions by those raging the aggression against Yemen.

"We urge the Armed Forces in all their formations to strengthen their legitimate defense strikes and by all available and possible ways," he said.

Abdulsalam's statements came after the group announced targeting the King Khalid Air Base in Khamis Mushait in Asir region, south of Saudi Arabia, with a number of Qasif 2K drone.

The spokesman for the forces of the Houthis, Brigadier General Yahya Saree

said that the drone air force carried out large operations towards the King Khalid Air Base in Khamis Mushait with a number of Qasif 2K drones.

Houthi spokesman's statments come hours after the UN said that the

Yemen’s warring sides have agreed on a “mechanism and new measures to reinforce the ceasefire and de-escalation” around the flashpoint port of Hodeidah as well as technical aspects of a troop pullback.