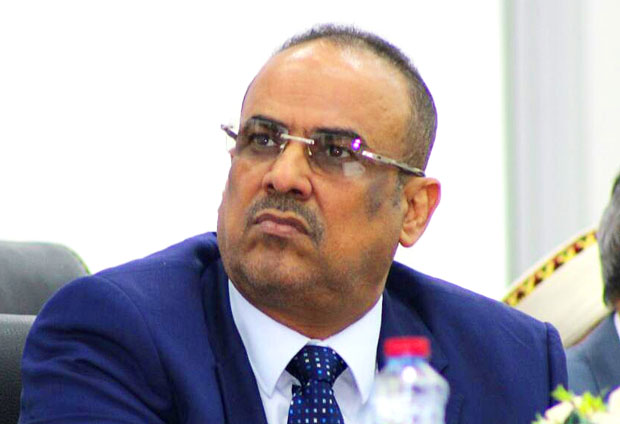 Deputy premier at the Yemeni internationally-recognized government headed Wednesday for Riyadh to discuss with Saudi officials security arrangements in the Yemeni "liberated" provinces.

At his visit, Ahmed al-Maysari,also Interior Minister, will discuss the security situation in government-held areas and the establishment of joint security operation room with Saudi Arabia, said the Aden-based Saba News Agency.

The visit will also address ways of boosting Yemeni-Saudi security cooperation and coordination and the management of security process in Aden, according to the interior ministry' website.

Maysari is expected to talk with Saudis about his ministry's assuming the full liability for security in Aden, seat of the official government, and other freed governorates, the website added.

The deputy premier's trip comes as part of the interior ministry's efforts to have full control over Aden and other provinces, where Emirati-backed forces do not recognize the official government's authority, posing big challenges to the ministry.

The UAE formed, trained and equipped many Yemeni military and security divisions to fight Houthis but alsoal-Qaeda that exploited civil war to expand its influence in the south.

The gulf state has recently reduced its troops in some Yemeni areas propped by desire to get out of a very costly war, but says it is still committed to the coalition and Yemeni government.

Last February, minister Maysari said the imperfect relation with coalition needed to be corrected, arguing that his ministry's authorities over Aden security have been disputed by outsiders.