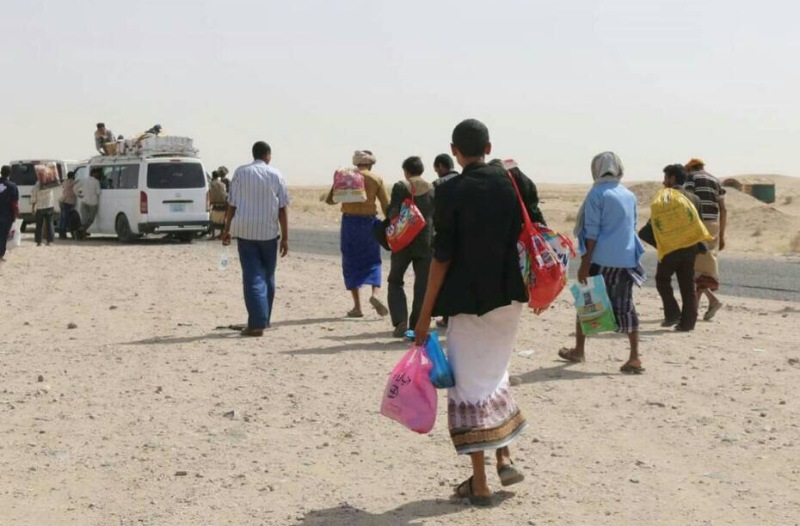 Tariq Sallam, appointed by the Houthi group (Ansar Allah) as governor of Aden Governorate in southern Yemen, accused the forces of the UAE-backed Southern Transitional Council (STC) of detaining dozens of citizens from the northern governorates in Lahj governorate.

"The people of the northern governorates, especially the merchants, are still subjected to poor treatment and inhuman practices by the transitional militia," the Houthi-run Yemeni news agency (Saba), quoted Salam as saying.

He added that "the last of these practices is the hijacking of a bus carrying passengers from the northern governorates, most of whom were women and children in the Al-Alam region, while exiting from the Aden Governorate on their way to Shabwa Governorate, and holding them in the Fifth Brigade Camp in Lahj Governorate.

Tariq Sallam pointed out that the transitional forces dumped dozens of those who are arrested on the basis of regional, regional, and identity status in secret detention centers, noting that these forces kidnapped dozens, especially from the directorates of Al-Boraiqa, Sheikh Othman, Mansoura and Dar Saad, as they are affiliated with the Yemen's internationally recognized Yemeni government and took them into those Prisoners.

He added, "We receive complaints from families in the governorate of Aden about the disappearance of many of their children, especially those from the governorates of Abyan and Shabwa.

He also accused the Yemeni "legitimate" forces of kidnapping and arresting citizens in Abyan and Shabwa.