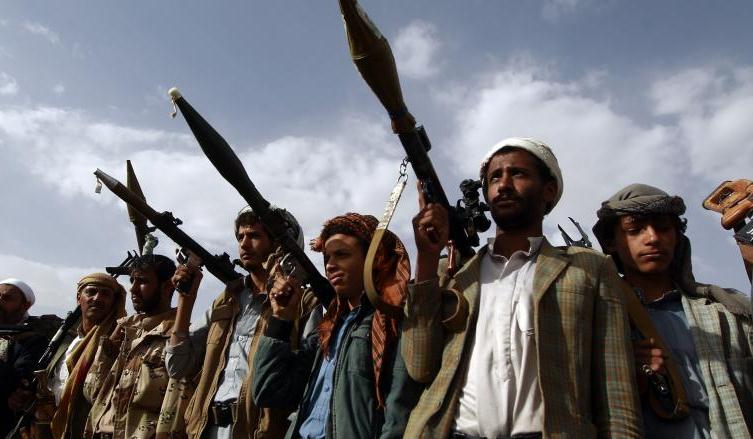 The UN Security Council's resolution extending sanctions imposed on Yemeni bodies proves lack of political vision for way out of Yemen's impasse, the Houthi group said Friday, belittling the resolution's impact.
"The continuation of sanctions is a negative evidence that they are far away from peace, a proof of the crime against the Yemeni republic and of the military solution's failure for 5 years," member of the Houthi Supreme Political Council tweeted.
The extended sanctions suggests "lack of political vision for way out of the Yemeni impasse," Mohamed Ali al-Houthi added.
"The renewal of sanctions doesn't bother us, because of the lack of personal impact on those named" in the resolution.
Earlier on Wednesday, the UN Security Council adopted a one-year renewal for the sanctions imposed on Yemen, with 13 members voting in favor and reservations from Russia and China.
The UK-drafted Resolution 2511 extends sanctions in Yemen until February 2021, renews mandate for UN experts supervising the embargo on arms until March 2021, and restates measures associated with freezing the assets and banning the travel of some individuals and entities.
In October 2014, the UNSC imposed sanctions on Yemen's late President Ali Abdullah Saleh and two leaders of the Houthi group, Abdul Khaliq al-Houthi and Abdullah Yahiya al-Hakim.
In April 2015, the sanctions were followed by UNSC Resolution 2216, with more expanded list including the group's leader Abdulmalik al-Houthi and the Republican Guards' former commander Ahmed Ali Abdullah Saleh over charges of acts threatening the country's peace, security and stability.
The resolutions have frozen the sanctioned bodies' assets and banned their travel abroad.
Later on Wednesday, the Yemeni internationally-recognized government hailed the UNSC Resolution 2511, calling for Houthis be classified as a terrorist group.