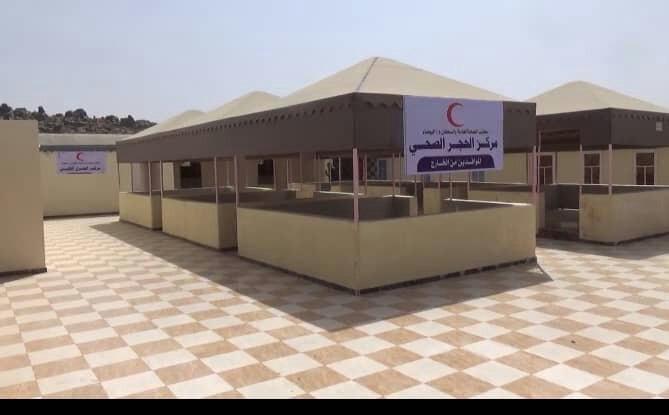 The Saudi-led coalition warplanes have launched raids on health quarantines in the central governorate of Baydha, the Houthis said late on Tuesday, to hinder measures taken by the group to prevent coronavirus arrival in Yemen.
One of the coalition airstrikes hit the nearby of a quarantine in al-Mahjaba School in Afar district and the other hit the nearby of a place where truck drivers are quarantined close to the same district in Baydha, Houthi-run anti-epidemic ministerial committee said.
The coalition aircraft had already "stricken the nearby of a quarantine in Salif district of Hodeida," the committee added in a statement carried by the Sana'a-based Saba.
"These raids come as part of the aggression countries' endeavors to bring coronavirus into Yemen," where no cases have been recorded so far, the statement claimed.
The coalition's and Yemeni government's recent "multiplication of flights, persistently opening land ports, deporting Yemenis from Saudi Arabia and other acts come under aggression's plots to bring the virus into Yemen."
Another Houthi ministry dubbed the coalition attacks as an "attempt to obstruct the precautionary, preventive measures taken by the national rescue government to protect Yemeni people and provide the possible health protection to keep the virus away."
It warned that the "coalition may use coronavirus as a new war and aggression card against the Yemeni people."