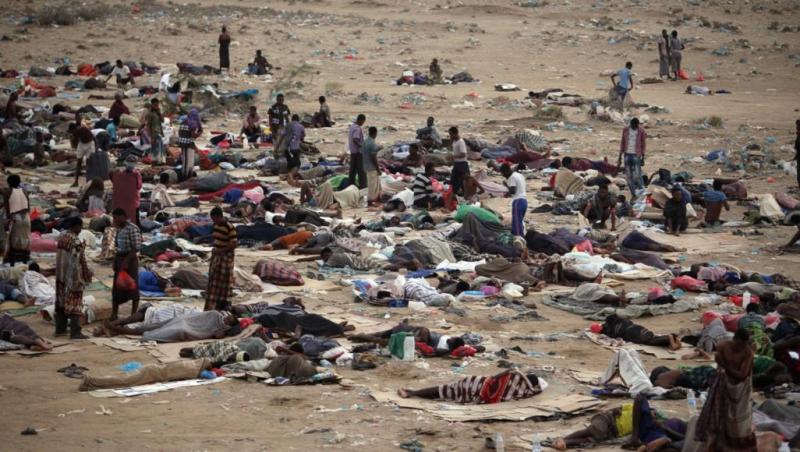 Saudi Arabia and Arab coalition kill and injure African migrants in areas at Yemeni-Saudi borders, the Houthis said Wednesday.
Saudi forces launched mortar shelling on al-Raqu area in Munabih district of Sa'ada, leaving a number of African migrants killed or wounded, the Houthi-run Masyra TV reported.
Last November, the group accused Saudi Arabia of killing and injuring more than 45 African migrants in the same area.
Al-Raqu is a key crossing point between Yemen and the Kingdom, through which all unofficial migrants are smuggled from Yemen to Saudi Arabia.
The Houthis, according to the Saudi accounts, force the illegal migrants to head for Saudi Arabia.
"The Houthi group pushes illegal migrants, by opening fire at them in Sa'ada, to move toward Saudi borders," spokesman for the coalition said last Monday, as the group "tries to confuse Saudi border security forces."
"Authorities in the Kingdom deal with migrant floods in accordance with humanitarian principles," Colonel Turki al-Maliki added.
Illegal migrants from the Horn of Africa exceed 200,000 people, according to the International Organization for Migration estimates.
African migrants use Yemen as a transit to reach the GCC oil-rich states, Saudi Arabia in particular, for job opportunities through smuggling.