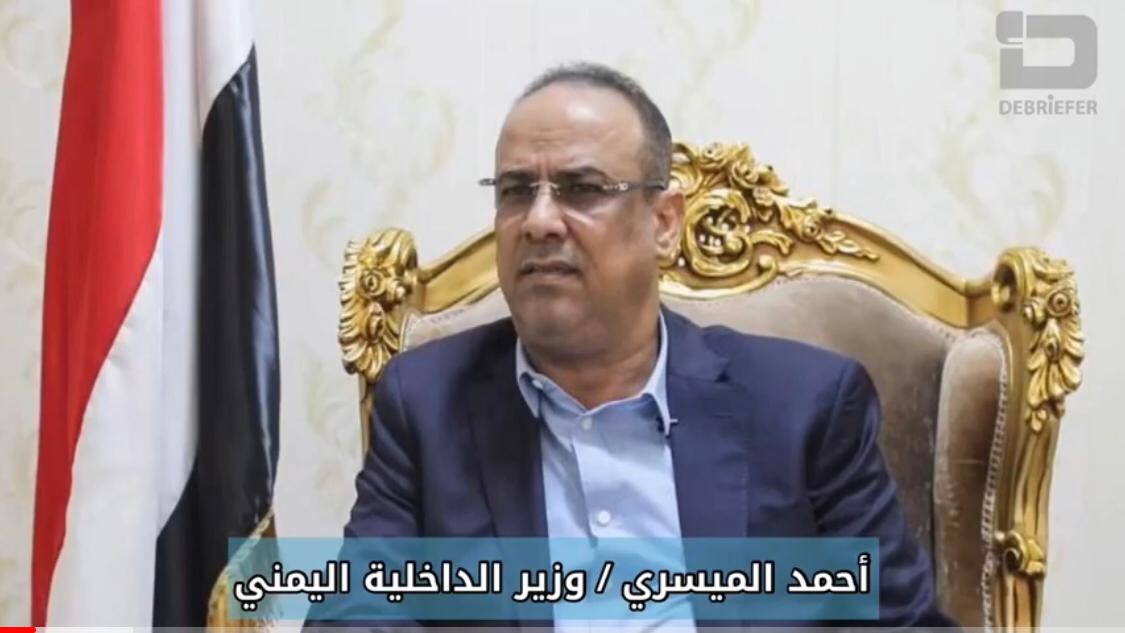 The Yemeni deputy premier has severely attacked his boss, calling on PM Maeen Abdulmalek to leave his "unharmonious" internationally-recognized government.
In recorded remarks, obtained by Debriefer, Ahmed al-Maysari, also interior minister, refuted statements in which an official source at the government dubbed a letter – sent by 12 ministers to the Yemeni President Abd Rabbu Mansour Hadi – as "fabricated".
"It's unacceptable for the government and its premier to stay in this historically critical juncture," Maysari said, as this "unharmonious government cannot keep on with the presence of Maeen Abdulmalek.
"The cabinet's members are almost unanimously unsatisfied with the premier's performance, except for the ministers who identify with him and seek to garnish his negative performance."
The letter was indeed sent to Hadi, by a group of ministers including deputy premier, calling on the President to intervene and take actions necessary for reforming the government, Maysari said.
"The political leadership and government work within an integral system, and all the government decisions are taken in full coordination and consultation with and supervision by President Hadi," the official source said, "to accomplish the Yemeni people's will in restoring the State and build the new federal Yemen.
"Purpose of the fabricated letter .. is unhidden. It's an attempt to blackout the successive defeats received by the Houthi group, and to divert attention from its persistent crimes and violations against civilians," the source added in a statement carried by the Riyadh-based Saba.
"Enemies of the Yemeni people have been continually releasing rumors, misleading the public opinion, a method that has unfortunately attracted some politically-motivated media outlets, in a desperate attempt to divide the national ranks through falsifying the reality.
Initialed by 12 ministers, the letter unveils a conflict between the PM and a number of his cabinet members, some of whom have been suspended by Dr. Abdulmalek and others resigned.
Such premier-ministers disputes contribute to weakening of a government that already suffers from almost complete disability, losing the people's trust, the ministers said in their letter.