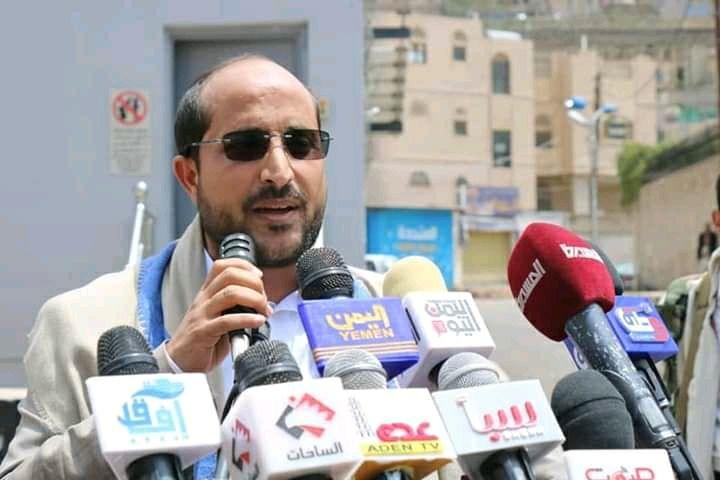 Sana'a (Debriefer) - The Houthi group has renewed accusations against the United Nations of bargaining over salaries of civil servants in northern areas under the group's control.
The UN has not responded to Houthi repeated demands for releasing oil tankers that were already inspected and permitted, managing director of the Yemeni Petroleum Company (YPC) told Sana'a-based Saba.
A vessel has been loaded with crude at Noshaima port in Shabwa and headed for Singapore to pump about 1.05 million barrels of oil worth US$ 50 million, Ammar al-Adhroie added.
"In the last four days, a tanker shipped an oil cargo valuable enough to cover the salaries of all the public employees," he claimed.
"The Dynasty vessel was released after 129 days of detention and was fined US$ 2.8 million in demurrage borne by the Yemeni people.
"Customs and tax revenues in Houthi-held areas don't cover half a salary for six months, while crude oil revenues controlled by the coalition cover more than 85 percent of the state's general budget.
"We don't know where crude proceeds go, which can cover 100 percent of the public employees' salaries every month," the YPC director said.
Previous Houthi remarks, on international pressures to prevent the group from paying civil servants half a salary every six months, were dubbed by the Yemeni official information minister as "impudence disdaining the Yemenis."
These statements aim to "mislead the public opinion, hide theft of public revenues and hinder the government and UN efforts to pay the salary regularly," Moammar al-Eryani added.
Yemen 5-year war has left more than 100,000 people killed and triggered what the UN calls the world's worst humanitarian crisis, with most of the population in need for a type of humanitarian aid and immediate protection.