Source in UN confirms to "Debriefer" "legitimate" gov.t did not make a formal request to change UN envoy

UN Chief refuses to change Griffiths, urges Yemeni parties to work with him 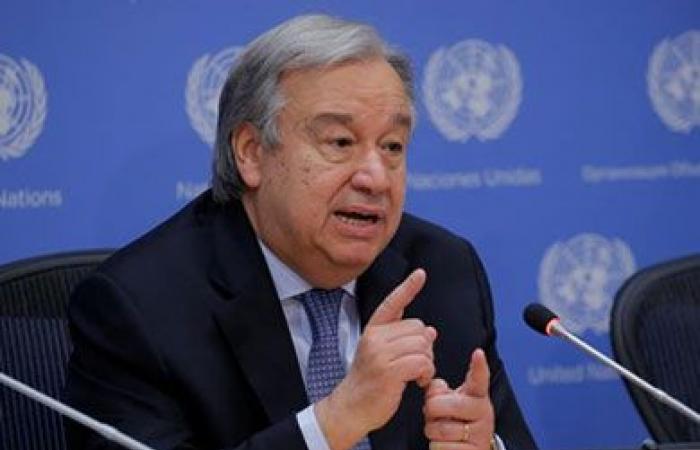 UN Secretary-General Antonio Guterres urged Yemeni parties to work with UN Special Envoy Martin Griffiths in the first response to claims of his change as the Yemeni "legitimate"government has accused him of being no longer impartial and fair.

The Department of Political and Peacebuilding Affairs (DPPA) said in Tweet seen by "Debriefer" international news agency that UN spokesman said: "The Secretary-General urges the Yemeni parties to work with his Special Envoy to Yemen, Martin Griffiths, to make further progress in the implementation of the Stockholm Convention,".

In this context, a well-informed source in the United Nations told "Debriefer" news agency that the international organization has not received any official request from the internationally recognized government of Yemen to change the UN envoy to Yemen, Martin Griffiths.

The source of the "Debriefer" confirmed that the statements of officials of the Yemeni "legitimacy", aims to put pressure on the United Nations and its special envoy to Yemen in order to make gains in its favor.

"The Secretary-General urges the Yemeni parties to work with his Special Envoy for Yemen, Martin Griffiths, to make further progress in the implementation of the Stockholm Agreement," Stephane Dujarric told reporters.

"Recalling the initial positive steps taken in the implementation of the Hodeida Agreement, we are encouraged by the firm commitment reiterated by President Hadi and his Government to implement the Agreement," Guterres added.

"We remind all parties of their commitments to take further steps to achieve full implementation,"said Dujarric, "together with the Chair of the Redeployment Coordination Committee and the UN Mission to Support the Hodeida Agreement, so as not to lose the momentum."

The UN envoy "no longer works on the implementation of the Security Council resolutions and international legitimacy," Badi added. "He has clearly deviated from the course of his mission in Yemen."

In comment on Griffiths' briefing, government foreign minister claimed that "western countries direct the especial envoy as they see on Yemeni issue."

"The UN envoy, Martin Griffiths, is no longer an honest broker, has exceeded his limits too much and is acting contrary to his duties as an envoy," tweeted Askar Zoail, a member of the delegation to the negotiations.

For his part, criticized the Prime Minister of the "legitimate" government head of the Yemeni government, Dr. Maeen Abdulmalik, the UN envoy and the mission to monitor the redeployment of forces in the province of Hodeidah in western Yemen.

According to Aden-based Yemeni "Saba" news agency the Prime Minister Ma'een Abdulmalik, the Prime minister of the "legitimate" Yemeni government, Dr. Ma'een Abdulmalik that Houthi play of handing over the ports to themselves before the envoy of the United Nations and the head of the UN Redeployment Committee is not acceptable act and clearly contradicts Stockholm agreement.