Yemeni boat found with 60 people aboard 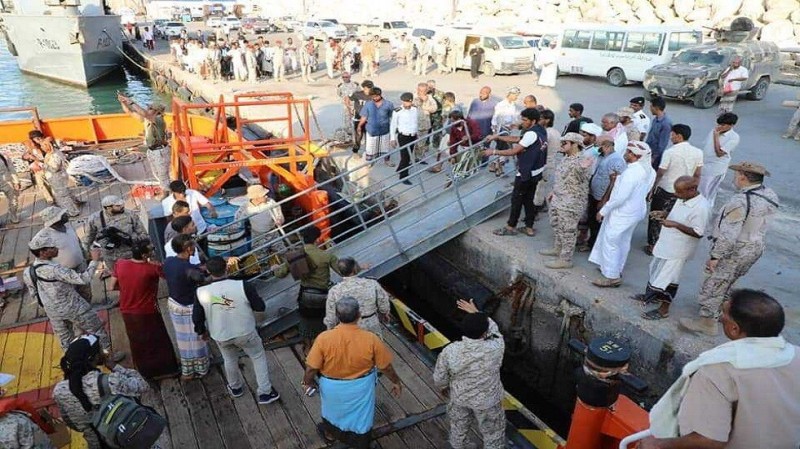 Naval force of the Saudi-led coalition backing Yemeni legitimacy found on Saturday the ship that disappeared last Wednesday in the open sea with tens of passengers heading from Mahara to Socotra island, said a Yemeni source.

The coalition naval force has rescued the ship and its 60 passengers and 5 crew members, the Riyadh-based Saba quoted the unnamed sources as saying.

After 18 hours of search, a coalition military boat found the ship, with a broken engine, and pulled it to Nashtoon port in Mahara after making sure of the 65 people's safety, the sources added.

Once they arrived, the passengers and crew received necessary health care after experiencing fatigue and shortage of water and food, according to the source.

On Thursday, the official ministry of fisheries was informed by the Arab coalition that a Pakistani warship found on Wednesday a broken Yemeni boat some 100 knots away from Ras Fartek coast of Mahara, fisheries minister said.

The 60 people, including 11 women and 6 children, were provided with food and medical assistance by the Pak ship, Fahd Kafaien added.

The incident come few days after the coalition forces had rescued the 'Jirom 1' ship that had been announced missed four days earlier in the Indian Ocean off the Yemeni southeastern island of Socotra.

Many of people in Socotra are forced to risk travelling on sea, with the one weekly flight via Yamania Airlines, after the 4.5-year war has led most Yemeni airports to get out of service.