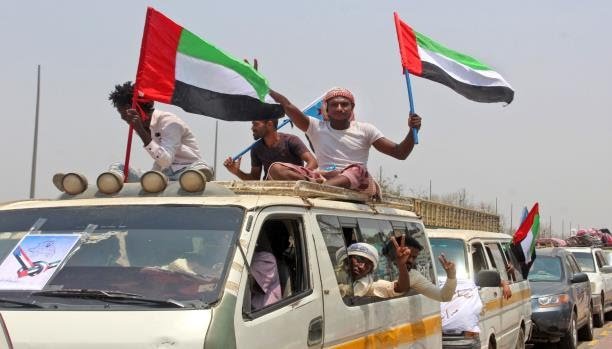 The Riyadh Agreement, that had to be inked today between the Yemeni official government and the UAE-backed Southern Transitional Council (STC), was deferred to indefinite time, media close to government said Thursday.
Events seen in the southern governorates of Socotra island and Abyan on Wednesday and Thursday have been reportedly behind the delay.
Separately, Emirati media outlets accused the internationally-recognized government of "coup against the deal" through "military mobilization and attempt to take control over Abyan and Aden by force of arms."
Sources close to the STC warned against "deterioration of the situation following the persistent escalation by government forces," according to the Emirates ERM agency.
Earlier, leaders of some southern entities have arrived in Riyadh, following official invitation to attend the ceremony of inking the pact.
"The World is waiting for a response by the Saudi-led coalition to the move of Qaeda groups in legitimacy clothing in Abyan," STC vice-chairman said Thursday on Twitter.
"This move co-occurring a Houthi move in Dhalea can't be a mere chance," Hani Bin Boraik added, as the "southern people is prepared for all possibilities."
On Wednesday, Socotra archipelago hosted an armed sit-in staged by tens of STC affiliates, calling for ouster of Governor Ramzi Mahroos.
On Thursday, Abyan witnessed clashes between government forces and the Emirati-backed Security Belt gunmen in Ahwar city.