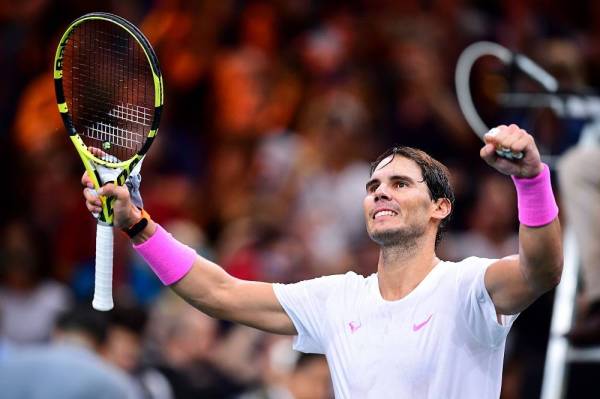 Rafael Nadal is back on top of the world.
The 19-time Grand Slam champion returned to world No. 1 in the ATP rankings on Monday  succeeding Wimbledon champion Novak Djokovic, who drops to No. 2.exactly 12 months to the day since he completed his 196th and most recent week at No. 1 on November 4th, 2018.
Nadal regained the top spot after qualifying for the Paris Masters semi-finals.
He pulled out of the Paris Masters in the warm-up to his semi-final against Denis Shapovalov,because of an abdominal injury  sending the Canadian star straight through to Sunday's final. with the 33-year-old deciding not to take any risks ahead of the Nov. 10-17 ATP Finals.
Despite Djokovic winning the title in Paris, the semis run was enough for Nadal to become the second-oldest player to top the rankings after Swiss Roger Federer achieved the feat aged 36 in 2018.
Follow us on twitter
@DebrieferNet
Follow us on Telegram
https://telegram.me/DebrieferNet
Print Whats APP Twitter Facebook LinkedIn