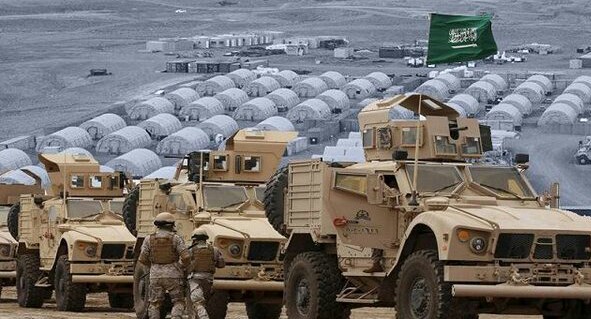 Saudi reinforcements arrived in the southern province of Abyan on Thursday.

A military source said that the Saudi forces sent reinforcements consisting of 30 military vehicles, including three armored vehicles and an ambulance, to the Al-Amajed Brigade of the Yemen's internationally recognized government forces, stationed in the area of ​​Manaseh east of Lauder district north of Abyan.

The source added that similar reinforcements were on their way to Abyan.

The reinforcements, the second of its kind in three months for the newly established brigade, where Riyadh provided on August 22 last 50 military vehicles for his forces.

Al-Amajed Brigade was established last June with the support of Saudi forces, and led by Salafi Brigadier Saleh al-Shajri and includes about 6,000 fighters, to restore the Directorate of Mokairas from the grip of the Houthis (Ansar Allah), which administratively belongs to the province of central white, overlooking large areas in the province of Abyan.