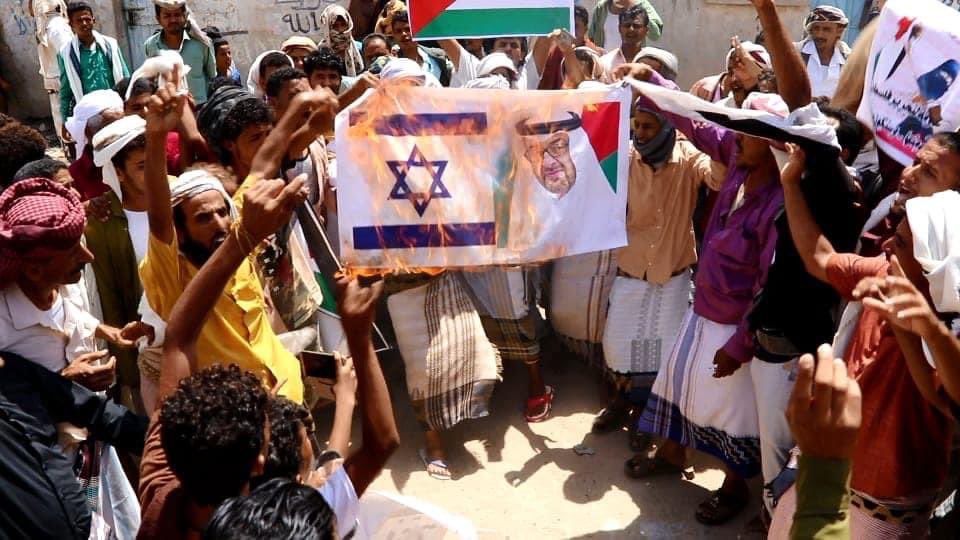 Abyan (Debriefer) - The Yemeni southern governorate of Abyan on Friday hosted a rally (the second in a week) rebuffing the Emirati-Bahraini normalization with Israel.
Tens of activists took to street in Wadhe'a city (hometown of President Abd Rabbu Mansour Hadi), where they raised placards condemning the normalization and rejecting any Israeli presence in the Yemeni island of Socotra.
Protestors called on Arab and Muslim nations to counter the "treachery against Islamic and religious believes".
On Tuesday, the United Arab Emirates and Bahrain inked normalization deals with Israel in the White House.
According to Abu Dhabi and Manama, their decision was a historical moment for the Mideast peoples, as it represented a right, vital step towards sustainable peace.
On Wednesday, Abyan saw a woman rally in its provincial capital, Zinjobar, in protest of these normalization accords.