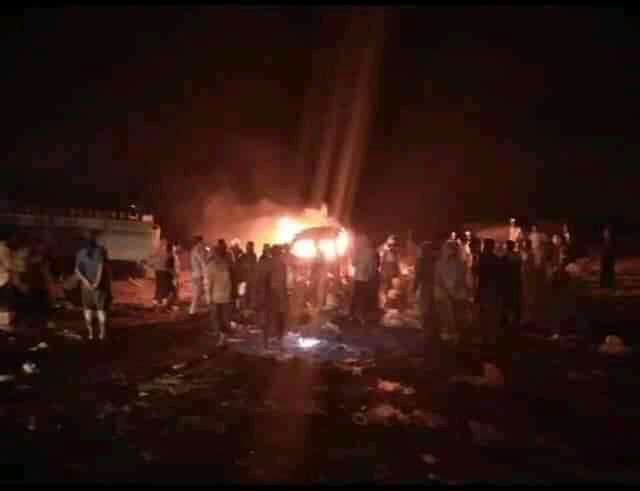 On Monday evening, the Houthi group (Ansar Allah) launched a ballistic missile attack on positions of forces of the Yemen's internationally recognized government.

Local sources said that the ballistic missile fell nearby the Marib court in northeastern Yemen.

The sources confirmed that three people were killed in an initial toll, which could be increased.

This attack is the second in two days, as the Houthi group (Ansar Allah) targeted a training camp for government forces in Marib, on Saturday evening.

The Houthi ballistic attack caused a massacre, killing and wounding 157 soldiers who were following a training camp in Marib.