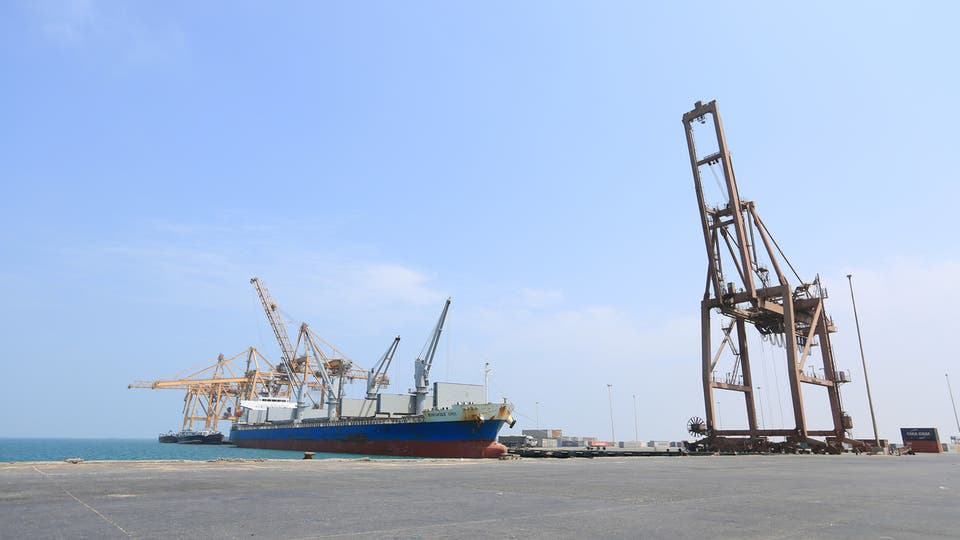 Modern Iranian weapons have arrived at the Yemeni western port of Hodeida, an official at the internationally-recognized government said Monday, before reaching the Houthi group.
"Quantities of Iranian qualitative, modern weapons and missiles have reached Houthis" via the group-held Red Sea port, Hodeida deputy governor tweeted, without telling the arrival date.
Hodeida and its ports should be "freed from Houthi grip through ending their coup, denying them access to any military support and defeating them swiftly," Waleed al-Qodaimi added.
"Does the political leadership know that?" he asked.
The Yemeni government and the Saudi-led coalition accuse the Houthis of using Hodeida seaport to smuggle Iranian weapons including ballistic missiles.
The rebels have, however, refuted accusations of using the port for military purposes, and Tehran has also denied arming the group and called for settlement involving all parties in Yemen.