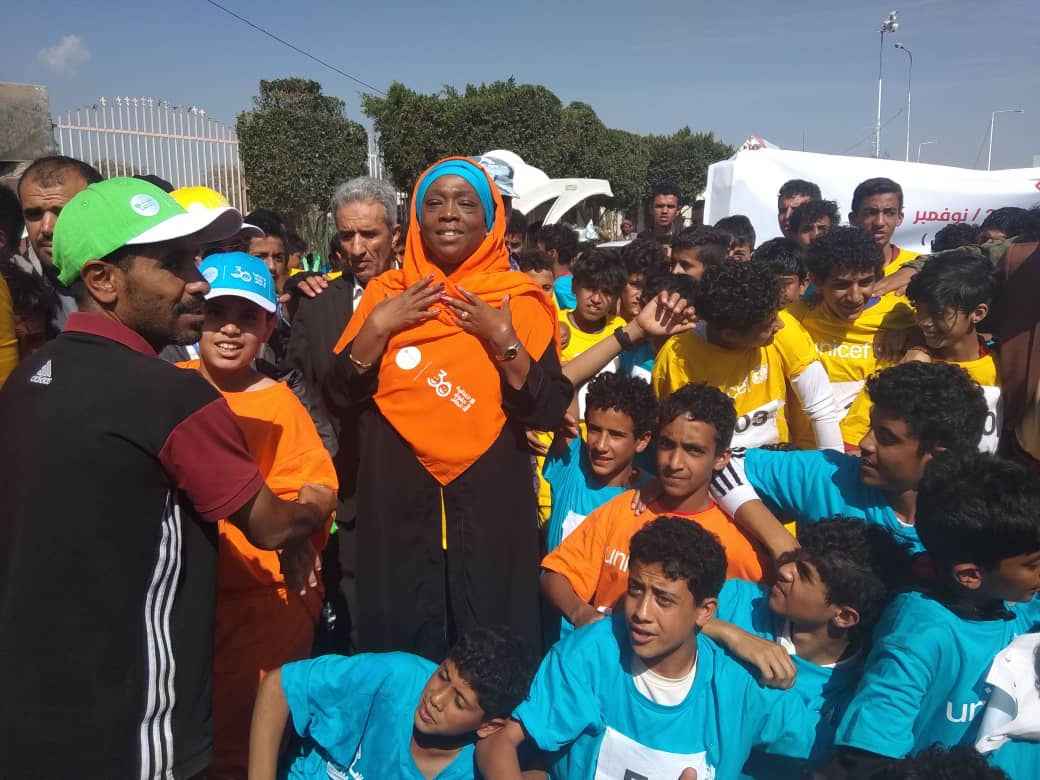 The UNICEF representative in Yemen on Monday hailed the Houthi release of 64 children the group said to be captured in frontlines fighting with the Yemeni internationally-recognized government.
"I welcome Ansarollah's release, today in Sana'a, of 64 children claimed to be captured in military operations," Sara Beysolow Nyanti tweeted.
"I hope this step will also lead to Ansarollah's signing an action plan to end recruiting and using children in Yemen's conflict," she added.
Earlier on Monday, the Houthis said they handed 64 children to their ministry of social affairs and the UNICEF, "to be cared for, rehabilitated and then reintegrated into community.
These children have been captured by the Houthi forces, and many of them "were recruited to defend Saudi borders," the group-run al-Masyra TV quoted head of Houthi prisoner committee as saying.
"The child prisoners we hand to the [ministry of] social affairs and the UNICEF are vivid evidence against the party that recruits children," Abdul Kader al-Murtadha added.
The Houthi official accused the internationally-recognized government of persistently recruiting children and sending many of them to fighting fronts at borders.
"Saudi Arabia, the United Arab Emirates and their mercenaries are responsible for the sin of recruiting thousands of Yemeni children and the sin of those children killed or captured," he said.
The UN and rights groups have previously deplored child recruitment by parties to the 4.8-year war in Yemen.
Last April, the UN Children and Armed Conflict Envoy Virginia Gamba said 3,000 children had been found to be recruited in Yemen.