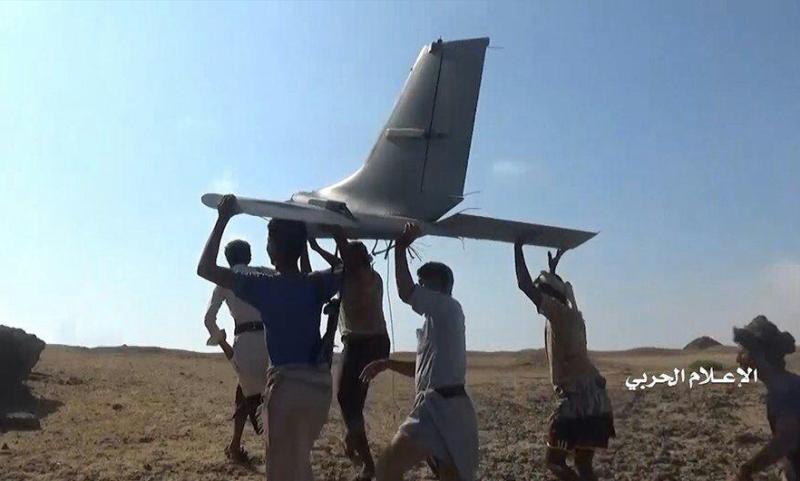 A spying drone of the Saudi-led coalition has been shot down at Yemeni-Saudi borders, the Houthi-run al-Masyra TV said Tuesday.
The coalition plane has been downed in the Yemeni district of al-Malaheez, on the other side of the Saudi bordering province of Jizan, by a suitable weapon, the channel added without further details.
Two weeks ago, the rebels said they had shot down a spying drone of the Saudi-led coalition, backing the Yemeni official government, over Jizan.