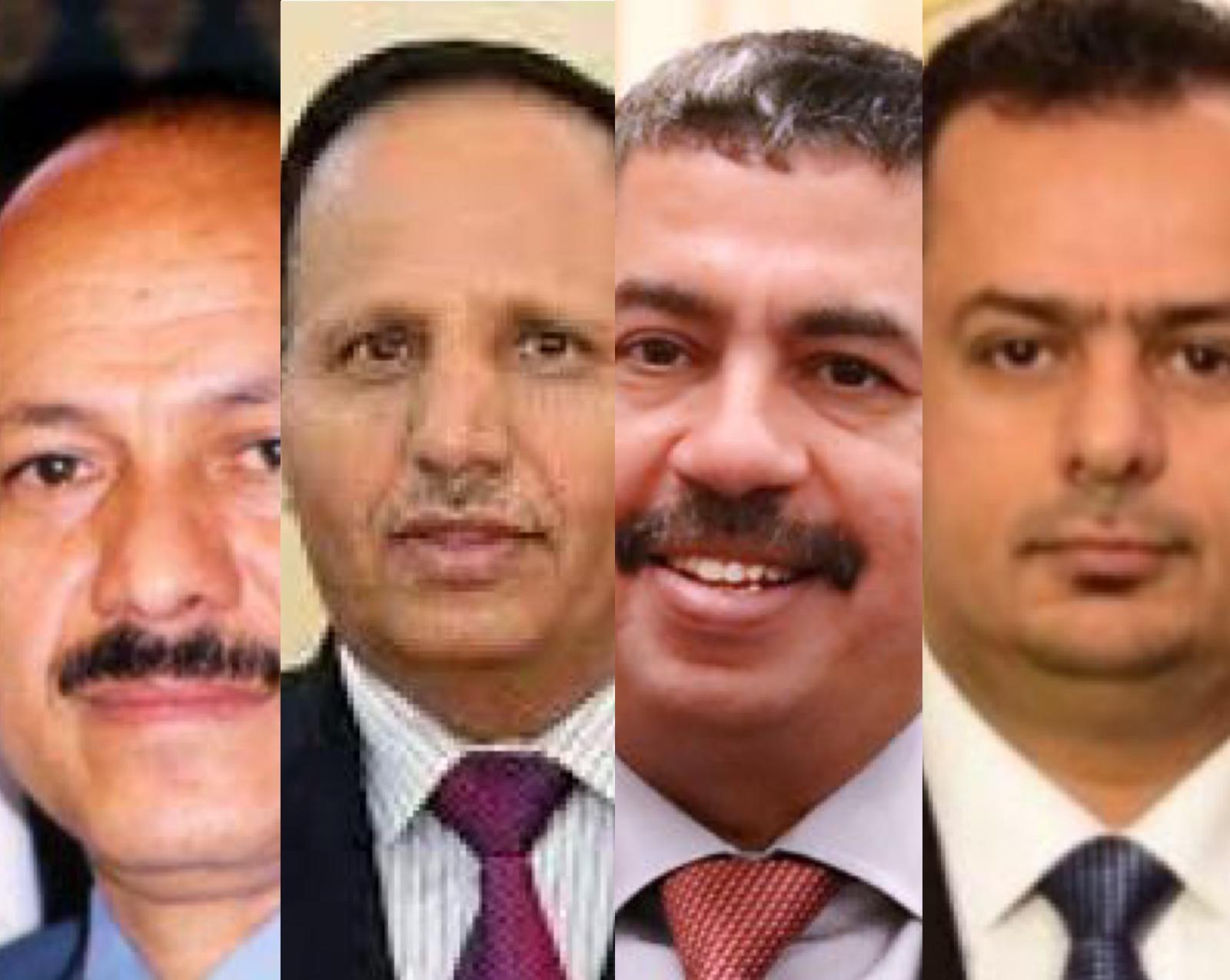 President Abdrabbuh Mansur Hadi has been holding consultations with his government officials, the presidency of the House of Representatives and the political parties to name a new prime minister since early in the week.
There are three names nominated for the post of the new prime minister, one is the current prime minister Maeen Abdulmaik, sources familiar with the consultations, being held at Hadi's residence in the Saudi capital Riyadh, told Debriefer.
The other two names are former prime minister Khalid Bahah and Rashad Al-Alimi, the sources said, pointing out that there is a consensus the new prime minister should come from the southeastern province of Hadramout.
Meanwhile, vice speaker of the House of Representatives, Abdulaziz Jubari, has accused foreign players of attempting to impose a new prime minister of a power-sharing government which will be formed with 50/50 representation from the north and the south, including the UAE-backed southern transitional council.
"The national interest requires the appointment of  a premier from the Hadramout region to form the new government," Jubari wrote on Twitter. "The attempts to impose a person by a foreign player mean the legitimate government has become powerless. The Yemeni people should realise this fact," he added.
The Riyadh Agreement, which was signed by the internationally recognised government and the STC in late 2019, called for forming a power-sharing government from the north and the south, with 5 portfolios to be held by the STC.
Separately, the Al-Quds Al-Arabi Newspaper quoted a government source as saying: "After intensive discussions on this, we were surprised of tasking current premier Maeen Abdulmalik to form the new government. His name was neither among those nominated for the post, nor among those tabled". "Actually the nominations included speaker of the House and resigned minister who is now vice speaker of the House Jubari," the source added, according to the paper.
Usually, prime ministers in all governments came from Hadramout, for political and geographic balances, including Khalid Bahah and Ahmed Ubaid bin Dagher, the paper said. It quoted the source as adding: "Maeen Abdulmalik was the only exception of this tradition. Now it seems they want to repeat the mistake".
"Under the current political balances, president is from Abyan and speaker of the House from Taiz; hence, premier should come from Hadramout, a province which has economic, political and geographic weights. It is not good that foreign players impose Yemeni officials," the source told the paper.
Parties opposing the nomination of Abdulmalik point to the UAE as the foreign player trying to interfere in Yemen's politics.
On Tuesday, resigned transport minister, Saleh Al-Jabwani, said that Saudi Arabia is pressuring the legitimate government on behalf of the UAE to relinquish Socotra and Aden governorates to UAE-backed STC militias.
"Signing the Riyadh Agreement has taken us to this point. A concession leads to more concessions.
The solution is to cancel this agreement and then solve the disagreements between Yemen and Abu Dhabi in the field," Al-Jabwani said.
The Al-Quds Al-Arabi Newspaper has also quoted sources as saying that president Hadi is nominating Abdulmalik to form the new government.