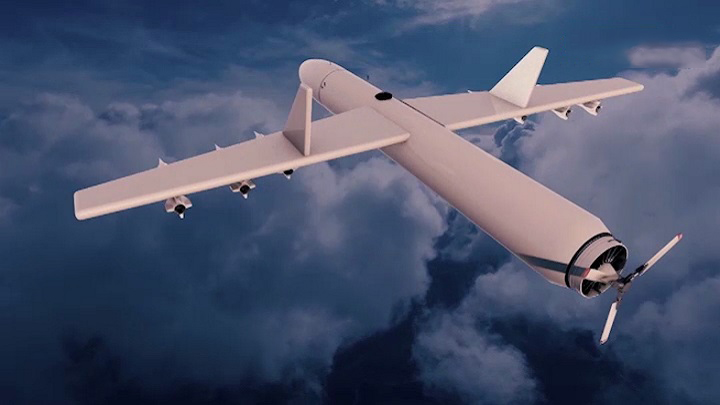 The Saudi-led coalition, fighting in support of the government of Yemen, intercepted four explosive drones the Houthi Group fired towards Saudi Arabia on Friday, spokesperson for the coalition, Turki Al-Maliki, said.
The drones were shot down in Yemen's airspace, he said, pointing to the efficiency of the coalition forces that are capable of monitoring Houthi threats and shooting down drones before they reach Saudi Arabia.
The Houthi Group, also known as Ansar Allah, has not commented on the coalition's statement.
The coalition said it will take all necessary measures to protect civilians from such attacks.

On Thursday, the Houthis said they will continue to strike military and political targets deep in Saudi Arabia and that the language of threats does not work with them.
Houthi spokesperson, Yahay Sari'a, said on Twitter: "Our forces make sure to strike far targets to avoid harming the oppressed Saudi people. The fourth balance of deterrence operation proved this as sensitive Saudi military and security headquarters were precisely targeted".
Intelligence sources revealed the operation was very precise and painful to Saudi Arabia and the USA, Sari'a said.
The coalition launched a series of airstrikes in Houthi-run regions including the capital Sanaa on Thursday and Wednesday, within what it called a qualitative operation to destroy Houthi capabilities and a response to continued Houthi drone and missile attacks on Saudi Arabia.