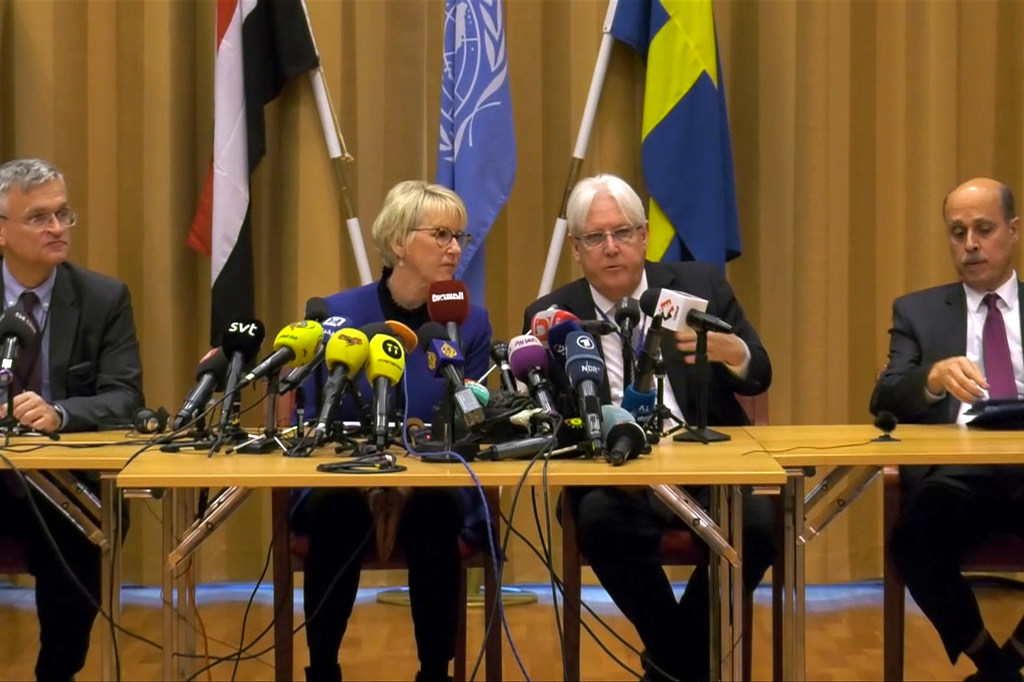 Istanbul (Debriefer) - The UN envoy for Yemen and western diplomats are currently holding talks with local and regional parties, the Anadolu Agency (AA) reported Monday, as part of international efforts to persuade the Yemeni UN-recognized government and Houthis into laying down arms and returning to negotiations table.
But, the AA asked, would Envoy Martin Griffiths succeed in convening parties to Yemen's war at negotiations again? as the "intense diplomatic moves come also to contain tensions and military escalation increasingly seen by Yemen for weeks.
"Escalation has coincided with Griffiths trip, amid blames traded by two parties (the Yemeni government and Saudi-led Arab coalition in one hand and the Houthis in the other) for its responsibility.
"With this notable escalation between two parties during the last weeks, the UN envoy seems to face great difficulties in persuading the Yemeni parties (that haven't responded to his call for de-escalation even during his trip) into returning to negotiation table.
"The greatest difficulty facing Griffiths is the wide differences in parties' views; each party has its own confidence which it believes to be the only way out of the conflict, and thinks that making any concessions would be seen as a political and military weakness.
"The Houthis ask for the 'aggression and blockade' be stopped as a precondition before any round of UN negotiations, and reiterate their absolute rejection of the terms of reference (TORs) demanded by the legitimate government as a basis for any next talks," the Turkish agency said.
In addition to the Gulf Initiative and the National Dialogue outputs, these TORs include the UNSC Resolution 2216, one provisions of which stipulates that the Houthis should withdraw from areas they seized and quit arms.
"Living in Saudi Arabia, the Yemeni government reiterates its readiness to go to a new round of talks, if these TORs are observed, and blames the Houthis for obstructing the peace efforts and unwillingness to achieve a solution for the crisis.
"The United Nations and UN Security Council have made no tangible political progress in the Yemeni crisis throughout the last years, although issued several resolutions regarding the application of political solution, imposed sanctions, asked the Houthis to pull out their forces and banned arms exports to the group.
"Amid all these deep disputes, persistent disagreements and charges traded between the Houthi group and Yemeni government, the two parties have agreed on criticizing the UN envoy. Each party blames Griffiths of ignoring the other party's actions and failing to convey the mere reality in Yemen, making the confidence shaky between the warring parties and the UN official.
"Griffiths is now trying to clear his name. Instead of reaching a solution to a war that triggered what the UN calls the world's worst humanitarian crisis, the UN envoy is trying to convince its two parties that he is acting neutrally in Yemen and that he and his team are continually devoted to hardworking in order to reach a solution for the hard crisis experienced by the country," the AA concluded.