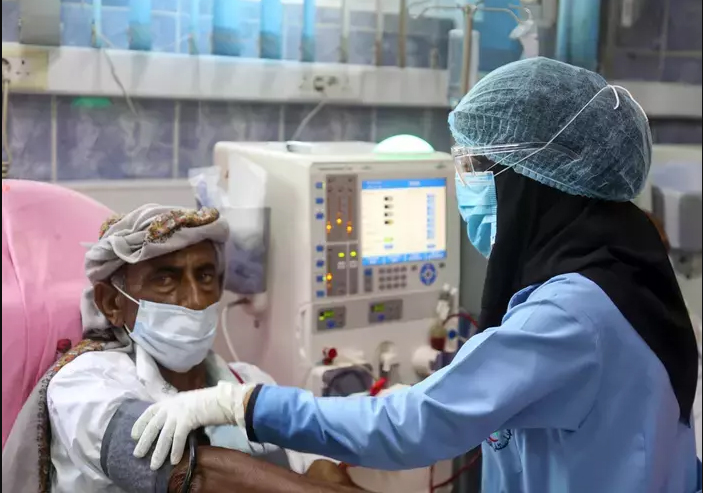 Sana'a (Debriefer) - Men make up 76 percent of Covid-19 infected cases in Yemen, the United Nations said Tuesday.
Until last Saturday, the war-torn country has confirmed 1,252 infections, including 338 deaths and 539 recoveries, UN Office for Coordination of Humanitarian Affairs (OCHA) reported in a tweet.
Out of the total cases 76% were men, the report added. 57% of the recorded deaths were 45-year and older people, while 60-year-old and above make up 30% of the deaths.
Yemen's humanitarian response, including anti-Covid-19, still suffers a great lack of funding, which portends an increase in the virus spread and puts capacities of humanitarian partners' response at risk, OCHA warned.
The ongoing oil crisis jeopardizes accessibility to food, hospitals' functionality and water supplies that depend on fuel and are necessary to prevent infection with the virus. This poses another obstacle to people seeking medication, the report added.
Until Tuesday dawn, the Yemeni official government has registered 1,290 Covid-19 cases, including 345 deaths and 572 recoveries in areas under its control.
The Houthis are still reluctant to publicize figure of infections in northern areas seized by the group.