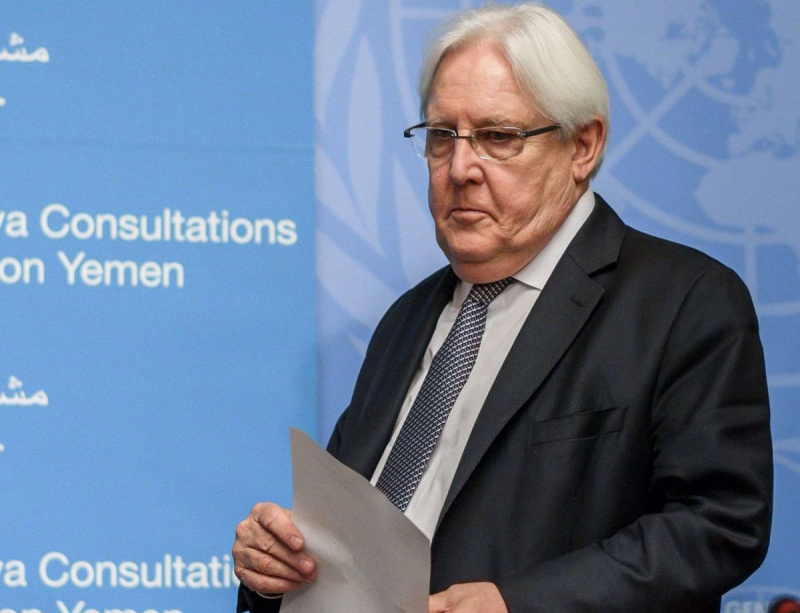 Riyadh (Debriefer) - The Yemeni internationally-recognized government on Tuesday officially rejected the latest UN-drafted deal to solve the 5-year crisis, citing the prejudice implied in the deal against its sovereignty.
On 30 June, the UN Envoy Martin Griffiths met in Riyadh with the Yemeni President Abd Rabbu Mansour Hadi and handed his government a revised draft of comprehensive solution for Yemen's crisis.
The Yemeni government on Monday told Griffiths that the "proposals he sent to us on 30 June implied infringement against the government's sovereignty and responsibilities, and obviously surpassed his mission as a UN General-Secretary's special envoy," the government spokesman said.
"We expressed our surprise at the envoy's insistence to establish and internationally cover the Houthi group's acts, and persistently yield to the coup-leaders' illegitimate demands," Rajih Badi added in remarks to Asharq Al-awsat.
The draft included a nation-wide ceasefire and a set of economic, humanitarian measures needed to alleviate Yemenis' sufferings and have the country prepared for countering the threat of Covid-19, said a source at the envoy's office.
Under the draft, the nation-wide ceasefire would come into effect once inked and warring parties along with all their affiliates would abide by cessation of all land, naval and air military operations.
It also provides for a UN-chaired military coordination committee – with membership of senior officers from both rivals – be formed to monitor the ceasefire, and a joint-operation center be established to coordinate the deal application and manage information flow.
The economic, humanitarian measures cover key issues like prisoner swap, salaries, airports and seaports, release of all detainees as stated by Stockholm Agreement, and opening main roads in Taiz, Dhalea, Sana'a, Marib and Jawf provinces.
The UN draft proposes that Sana'a airport should be reopened, and oil tankers and commercial vessels should be allowed access to Hodeida seaports without restrictions.