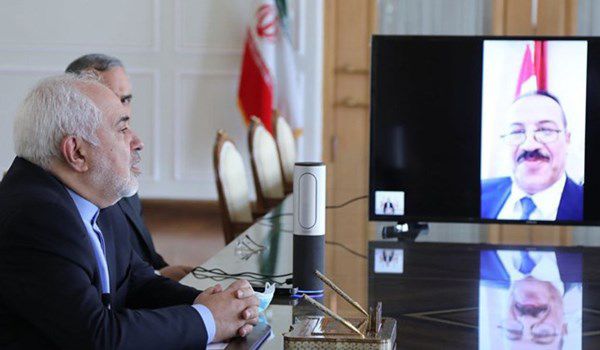 SANAA (Debriefer)--Foreign minister in the Houthi salvation government, Hisham Sharaf, on Tuesday voiced Houthi appreciation for Iran's position rejecting aggression and blockade on Yemen.
In a video-conference, the two ministers reviewed international efforts to end aggression and blockade on Yemen, the Houthi-run Saba agency reported.
"Tehran always affirms during its communication with all regional and international parties the importance to end military operations against Yemen in order to guarantee the flow of aid into the country, especially during the spread of coronavirus," Zarif said, according to the agency.
Yemen has been devastated by an armed conflict between the Saudi-backed government and the Iran-backed Ansar Allah Group, also known as the Houthis. The conflict started in late 2014 after the Houthis ousted the government and escalated after a Saudi-led coalition launched a military intervention in support of the government in March 2015.
It has created what the UN describes as the world's largest humanitarian crisis.