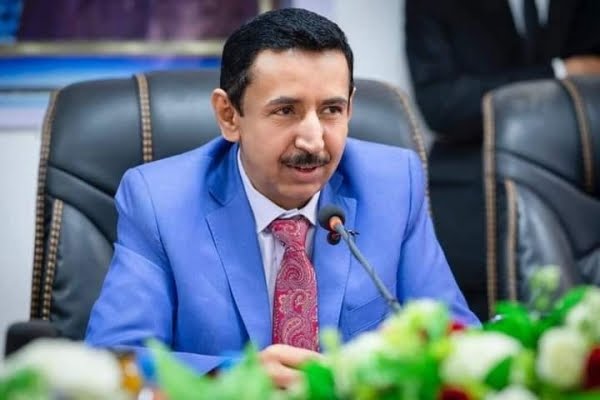 SHABWA (Debriefer)--Governor of Yemen's Shabwah province Mohammed bin Adyo on Thursday vowed to retake all areas that have recently fallen to the Houthi group.

The Yemeni people will face the Houthi project of death until the last moment and will not allow Iran to have a Persian arm in their country, he said in a videotape while visiting front-lines.

Yemen will never accept the guardianship of Iran, and the Yemeni people are known for their resistance throughout their history, he said.

Media outlets said the pro-government forces have already recaptured some areas in the districts of Bayhan and Ain. Battles are raging between the two sides in the area of Askalan, they said.

The Iran-allied Houthis are attacking Shabwa and Bayda in order to
encircle Marib province which they have been seeking to seize since February.

The oil-rich Marib is the main stronghold of the internationally recognised government.