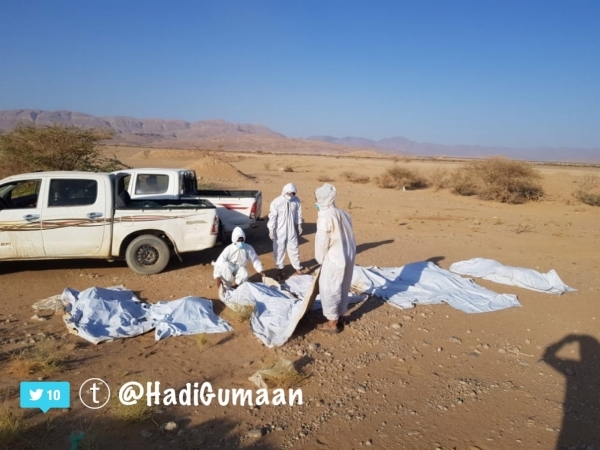 Sa'ada (Debriefer) Local mediation has led the Yemeni government troops and Houthi group to swap 12 dead bodies from both parties.
Hadi Joma'an "mediated in the retrieve and exchange of 12 dead bodies," the local mediator said Monday in remarks to the media.
Seven of the swapped bodies are from government troops and five from the Houthi group, Joma'an, also chairman of the Humanitarian Mediators Organization for Rights and Development, added.
The swap was conducted on Sunday in Sa'ada fronts at the Yemeni-Saudi borders, the local mediator said, noting that the process took place unconditionally.
On Twitter, Joma'an posted a footage showing the transport of the bodies in preparation of exchange.
No immediate statement has been released by the Yemeni official government or the Iranian-backed Houthi group on the swap.
A Yemeni leading tribal mediator, Joma'an led successful mediations that saw the exchange of more than 1,000 dead bodies since the war breakout between the warring parties, according to local media.