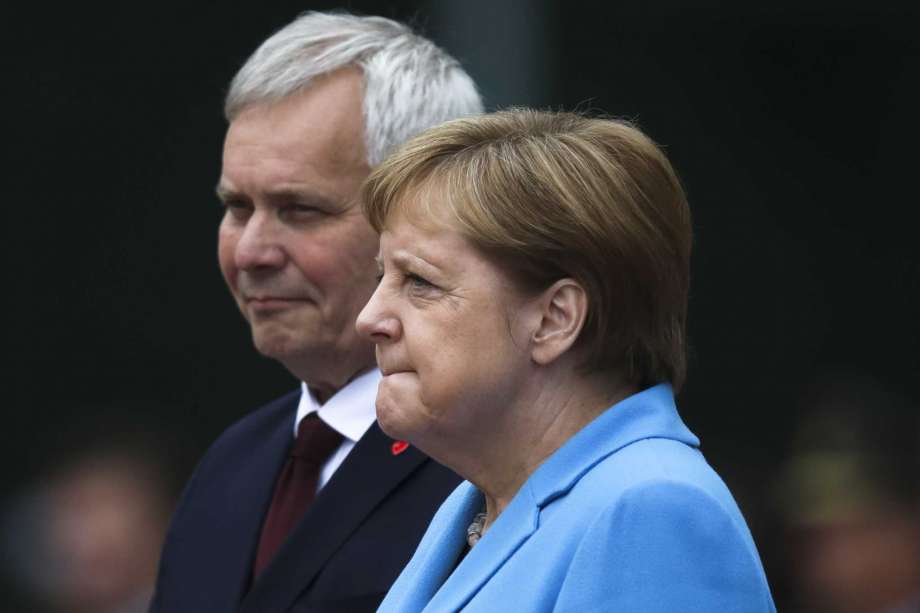 Merkel has repeatedly played down concerns over her health in recent weeks following high-profile episodes of shaking in public during meetings with other world leaders.

The German Chancellor was seen shaking beside German President Frank-Walter Steinmeieras she swore in the new justice minister at Berlin's Bellevue Palace in late June.

Prior to this instance, she appeared unsteady and in distress when meeting Ukrainian President Volodymyr Zelensky in mid-June as the national anthems of the two countries blared at an event in Berlin.

In both cases, Merkel played it off as merely feeling unwell, insisting that she had, in fact, recovered shortly after with just a glass of water.

Merkel again sought to downplay the swirling health concerns in the aftermath of Wednesday’s incident. She told reporters that she is “very well” and there is “no need to worry” after the latest trembling spell