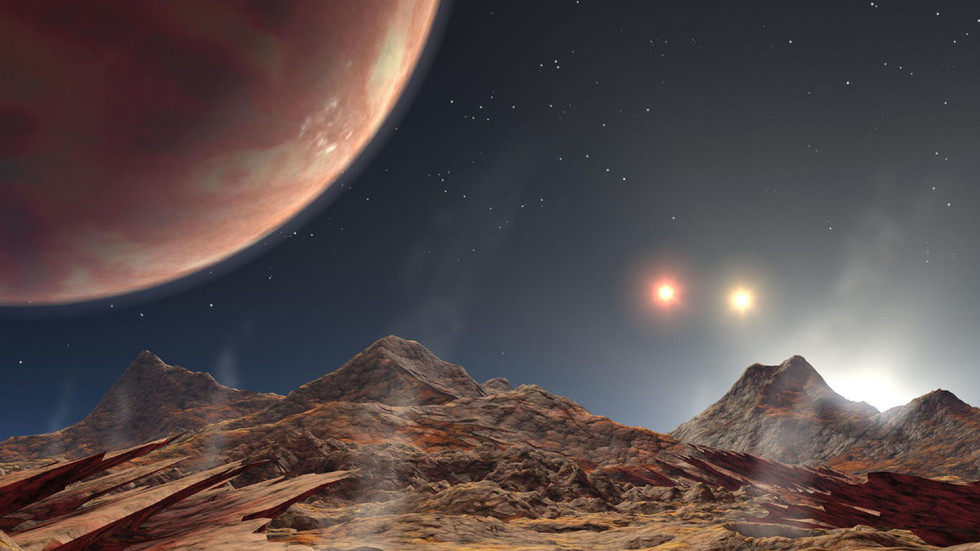 A newly discovered planet with three suns is exciting scientists for its close proximity to Earth and its potential for future observation, including possible signs of extraterrestrial life.

LTT 1445Ab is just 22.5 light-years away and was found using data gathered by NASA’s Transiting Exoplanet Survey Satellite (TESS), which searches for exoplanets.

The planet orbits just one of its three red dwarf stars, circling it every five days. It’s thought to be a third bigger than Earth, but has about eight times the mass of our planet and a temperature of about 320 degrees Fahrenheit.

“If you’re standing on the surface of that planet, there are three suns in the sky, but two of them are pretty far away and small-looking,” research co-author Jennifer Winters told New Scientist. “They’re like two red, ominous eyes in the sky.”

Because of its relative proximity to Earth, LTT 1445Ab could be used to look for potential signs of alien life.

Scientists think the planet could potentially have an atmosphere, and that they can examine the area for gases like carbon dioxide using new detection tools ready in the near future. LTT 1445AB will present plenty of opportunities for observations because of its speedy orbits around its sun.

12 new Covid-19 cases reported in Yemen, all in Hadramout