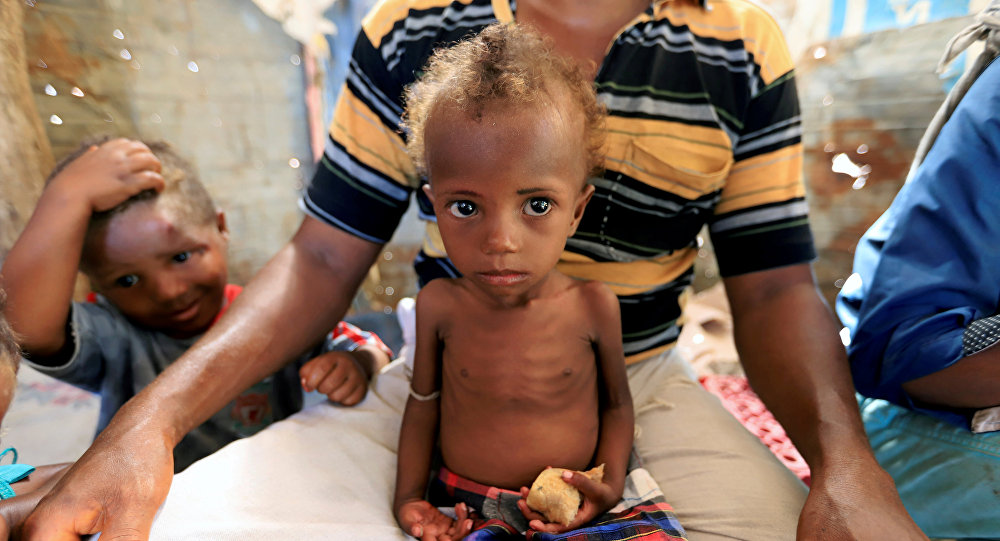 The Yemeni internationally-recognized government on Friday accused the Houthi rebels of destroying the life of more than 4 million children in the war-torn country.

The Houthi group "has recruited more than 30,000 Yemeni children and used them in fighting with official government, Yemeni envoy to UN said, noting that 3,279 children have been killed.

Houthis have "sought to prevent 1.6 million children from going to school during the two years ago alone, shelled and partial or totally damaged 2,372 schools, and used more than 1,600 schoolsas jails or military barracks, risking the life of children," Abdullah al-Sa'adi added at debate session on children and armed conflict in New York.

"Yemeni children are exposed to the most horrible killing, suffering, recruitment and deprivation of their basic education, health and social rights because of Houthi militias," he claimed.

The Yemeni government is fully committed to protecting children and not engaging them in armed conflicts, the Sana'a based Saba quoted the Yemeni ambassador as saying, citing the registration of newborns as reference to decide age for military service and the establishment a unit at the Yemeni army for child protection.