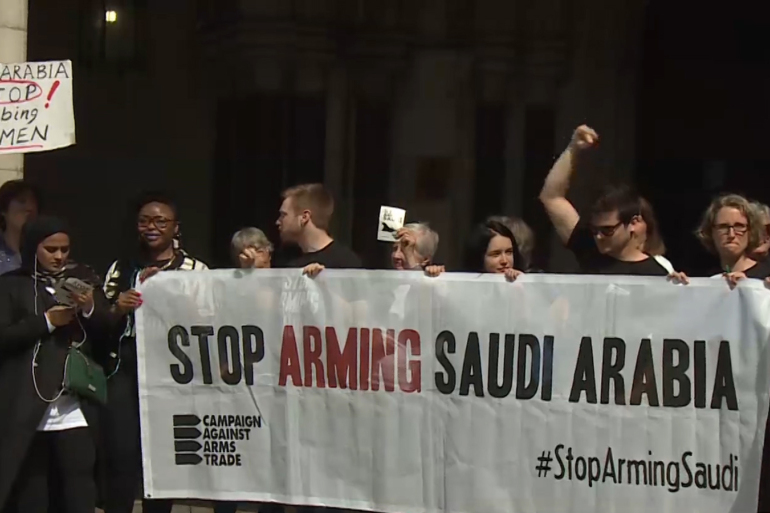 London (Debriefer) - Rights activists on Sunday roamed London streets and headed for the Saudi embassy on a bus to call for UK arms deals with Saudi Arabia and the United Arab Emirates be stopped.
The protestors blamed Saudi authorities for pursuing activists and trying to harm them in many areas around the world.
They also called for gross losses and damages against Yemeni civilians be discontinued, and war on Yemen be stopped.
London has sold repressive countries – including Saudi Arabia, China, UAE and Bahrain – eavesdropping devices, spying programs and other tapping equipment used to spy opponents, Freedom House has told Al-Jazeera.net.
Despite laws banning UK security exports to countries that could use them in internal repression, British ministers over the last 5 years have signed more-than-£75-million deals to export such equipment to 17 countries repressing freedoms, the US-based NGO added.
The UAE was the largest beneficiary of these deals, with licenses amounting to £ 11 million since 2015, it said.
Saudi Arabia has been leading a military coalition in Yemen since 26 March 2015, in support of forces loyal to President Hadi to retake areas controlled by the Iranian-backed Houthi group.
Yemen conflict has triggered what the UN calls the world's worst humanitarian crisis, with most of the population in need for a type of humanitarian aid and immediate protection.