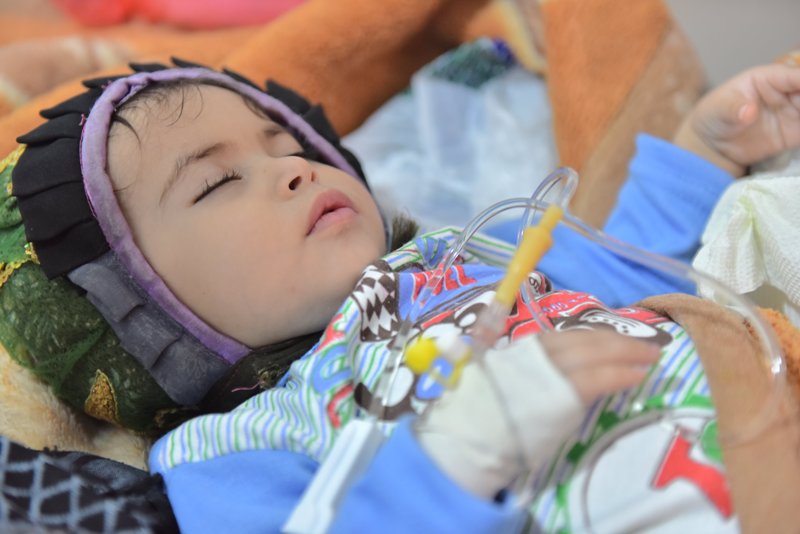 Riyadh (Debriefer) - The Yemeni internationally-recognized government on Sunday criticized a report issued by UN agencies on an increase in people who would face higher level of food crisis to more than 3 million people in south Yemen.
The "inaccurate report aims to raise funding" that will be "spent in unfeasible activities," the government added.
Released by the World Food Programme, UNICEF and Food and Agriculture Organization on 22 July, the latest Integrated Food Security Phase Classification (IPC) analysis for 133 districts in Yemen forecasts that "more than 1 million more people in the southern areas of Yemen will face acute food insecurity by the end of the year.
"Acute food insecurity will increase from the current 25 percent of the population to 40 percent by the end of the year in the areas surveyed – an increase from 2 million people to 3.2 million people out of a surveyed population of 7.9 million," the analysis read.
"The areas forecast to experience the worst deterioration over the next six months are Abyan, Aden, Ad Dhalea, Hadhramout, Lahj and Taiz."
"The picture painted by the latest food security analysis for Yemen's southern districts is truly heart-breaking," the WFP Executive Director was quoted in the report.
"Unless the international community steps up with an urgent injection of funds, we are going to find ourselves right back where we were in 2018, when we had to fight our way back from the brink of a full-scale famine," David Beasley added.
However, according to head of the government-run IDP camps' executive unit, this report "aims only to solicit support that, when comes, is not channeled to these arenas."
"We are asking about the funding of US$ 1.37 billion they have recently received; where have these organizations used it? Was it in the aspects mentioned in the report, or in unfeasible activities?" Najeeb al-Sa'adi added in remarks to Asharq Al-awsat.
The very report bears condemnation against these organizations, whose work "was not based on strategies. For instance, instead of bringing water to any population gathering, why haven't they founded a project that would benefit the locals after these agencies leave or their funding stops?
"It's imperfect that international agencies work away from official organizations," the Yemeni official said.
While their "inaccurate report talks about needs in Marib, Shabwa and Abyan," these agencies are not operational in these governorates, but in Aden, Lahj and the western coast only, he argued.
There are 16 districts in eight governorates with the highest levels of food insecurity (IPC4); Ad Dhalea (3 districts), Marib (3), Al Baydha (2), Shabwa (2), Abyan (2), Taiz (2), Al Jawf (1) and Hadhramout (1), the UN report says.
"Yemen is hanging by a thread. The forecast for the next few months is very concerning and it's essential that we have the resources to be able to continue to deliver food assistance to the millions who rely on it," WFP Country Director for Yemen said.
"If we fail to act now, the consequences will be devastating," Laurent Bukera added.